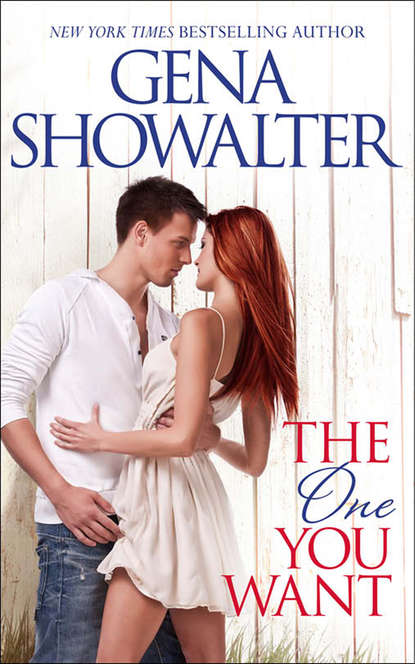 Gena Showalter
The One You Want

The One You Want
Gena Showalter

New York Times bestselling author Gena Showalter introduces the Original Heartbreakers—beginning with a ruthless businessman about to break his own rules—in this special prequel novella!Rich, powerful and utterly untamable, Dane Michaelson is every woman's darkest fantasy. When he returns to his hometown to witness his father’s upcoming nuptials, he is unprepared for the redheaded beauty soon to become his stepsister. He's never wanted anyone more.Kenna Starr has no desire to join the long list of women on rotation in Dane’s bedroom. The single mom learned the hard way—bad boys do bad things, and someone always gets hurt. But Dane isn’t fighting fair. With every heated look, stolen kiss and illicit caress, he melts her defenses.Soon, the girl with the rep and the man who claims to be heartless are locked in a passionate affair. But when trouble arises, will they stand together or fall apart?Look for the next books in the Original Heartbreakers—The Closer You Come, The Hotter You Burn and The Harder You Fall—from HQN Books!

In small-town Oklahoma, reputation is everything, and Kenna Starr will do anything to overcome hers. The supposed bad girl is determined to walk the straight and narrow, a seemingly impossible task when Tall, Dark and Sexy shows up...

Rich and powerful, Dane Michaelson is every woman’s dream. When he returns to Strawberry Valley after a sixteen-year absence, he is unprepared for the redheaded girl he’s never been able to forget. She’s all woman now—and he’s never wanted anyone more. But to have her, he’ll have to break through her defenses...and surrender his own.

Look for the next books in the Original Heartbreakers—The Closer You Come, The Hotter You BurnandThe Harder You Fall—from Mills & Boon Books!

A huge thank-you to Susan Mallery,

“YOU’RE LATE.” A harried man wearing a suit that could have graced the cover of a high-fashion magazine stepped into Kenna Starr’s path, stopping her. “All staff enters at the back. Be a good girl and hurry.”

Humiliation burned her cheeks as his identity clicked into place. Timothy Calbert Jr. She’d practically grown up with the guy, and though he’d left town years ago and must have returned only for this special event, the fact that he was her boss’s son meant she couldn’t correct him the way she had as a child: a slap to the back of the head.

“I’m not staff,” she muttered. Not tonight, at least. Usually she did work events just like this one. And, granted, she was wearing a dress similar to the one gracing every female serving hors d’oeuvres to the engagement party guests.

By “similar,” of course, she meant “the exact same.”

But every cent she made went to bills and there was never anything left over for extras. So she’d gone with Plan ABG. All Baby’s Got. Her uniform.

Sure, it was far too short and so tight breathing was nothing more than a pipe dream, but it had one redeeming feature—it cost zero dollars.

Resourceful gal that she was, Kenna had tried to set herself apart by tying a sheer white scarf around her neck, letting the ends hang between her cleavage and fall all the way to the dress’s hem.

Seriously? She told him, trying not to be further humiliated.

He checked his clipboard. After a blink of surprise, he gave her a disapproving once-over. “Through there.” He pointed to the left, but made no effort to move out of her way.

Head high, she skirted around him and came to the foyer’s edge. The party was already in full swing, the spacious sitting room crowded. Her heart hammered against her ribs as she studied face after face she didn’t recognize. With the glitter and shine radiating from flawless skin and perfectly made-up features, these people had “city” written all over them.

And she was just supposed to mingle with them? The cream of Oklahoman society? With Dane Michaelson, who was expected to be here?