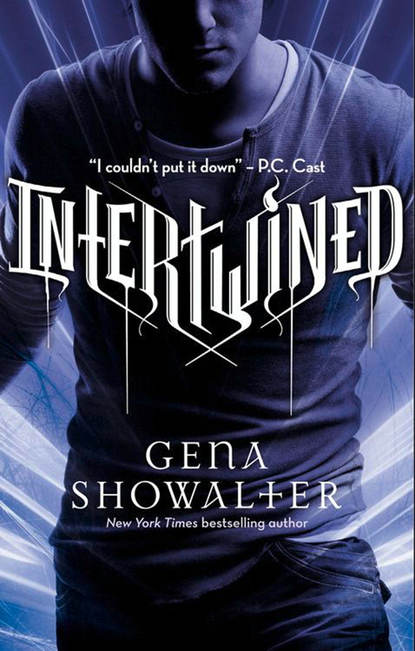 Most sixteen-year-olds have friends. Aden Stone has four human souls inside him: One can time-travel. One can raise the dead. One can tell the future. And one can possess another human. With no family and a life spent in and out of institutions, Aden and the souls have become friends. But now they're causing him all kinds of trouble.Like, he'll blink and suddenly he's a younger Aden, reliving the past. Or he'll walk past a total stranger and know how she's going to die. He's so over it. All he wants is peace. And then he meets a girl who quiets the voices. Why? Mary Ann Gray is his total opposite. For her sake, he should stay away.But it's too late. . . . Somehow, they share an inexplicable friendship. A bond about to be tested by a werewolf who wants Mary Ann, and a vampire princess Aden can't resist. Two romances, both forbidden. Still, the four will enter a dark underworld of intrigue and danger–but not everyone will come out alive. . . .

Aden’s adventure continues in the next Intertwined novel UNRAVELLED

For once, sixteen-year-old Aden Stone has

everything he’s ever wanted:

The girl of his dreams.

Too bad he’s going to die …

Because a war is brewing between the creatures of the dark, and Aden is somehow at the centre of it all. But he isn’t about to lie down and accept his destiny without a fight. Not when his new friends have his back, not when his dream girl has risked her own future to be with him, and not when he has a reason to live for the first time in his life …

GENA SHOWALTER is a New York Times and USA TODAY bestselling author whose teen novels have been featured on MTV and in Seventeen magazine and have been praised as “unputdownable.” Growing up, she always had her nose buried in a book. When it came time to buckle down and get a job, she knew writing was it for her. Gena lives in Oklahoma with her family and three slobbery English bulldogs. Become her friend on My Space, or a fan on Facebook and visit her at GenaShowalter.com/young-adult.

Clearly, wearing his iPod while exploring a new town had been a mistake. Especially since Crossroads, Oklahoma, perhaps garden gnome capital of the world and definitely hell on earth, was so small it was practically nonexistent.

If only he’d left the Nano at the D and M Ranch, a halfway house for “wayward” teens where he now lived. But he hadn’t. He’d wanted peace, just a little peace. And now he would pay the price.

“This sucks,” he muttered, pulling the buds from his ears and shoving the shiny green distraction into his back-pack. He was sixteen years old, but sometimes he felt like he’d been around forever, and every one of those days had been worse than the one before. Sadly, today would be no exception.

Immediately the very people he’d been trying to drown out with so-loud-your-ears-bleed Life of Agony clamored for his attention.

Finally! Julian said from inside his head. I’ve been screaming for you to turn around for, like, ever.

“Well, you should have screamed louder. Starting a war with the undead was not what I wanted to do today.” As he spoke, Haden Stone—known as Aden because, as a kid, he apparently hadn’t been able to pronounce his own name—backtracked, removing his foot from the graveyard’s property line. But it was too late. In the distance, in front of a tomb-stone, the ground was already shaking, cracking.

Don’t blame me, Julian replied. Elijah should have predicted this.

Hey, a second voice said. It, too, came from inside Aden’s head. Don’t blame me, either. Most times, I only know when someone’s gonna die.

Sighing, Aden dropped his backpack, bent down and palmed the daggers he kept anchored in his boots. If he were ever caught with them, he’d be tossed back into juvie, where fights erupted as regularly as lunch was served and making a trustworthy friend was as impossible as escape. Deep down, though, he’d known carrying them was worth the risk. It was always worth the risk.

Fine. This is my fault, Julian grumbled. Not like I can help myself, though.

That was true. The dead had only to sense him to awaken. Which, like now, usually involved Aden accidentally placing his foot on their land. Some sensed him faster than others, but they all eventually rose.

“Don’t worry about it. We’ve been in worse situations.” More than leaving the iPod at home, he mused, he should have been paying attention to the world around him. He’d studied a map of the town, after all, and had known what areas to avoid. But as the music had pounded, he’d lost track of his surroundings. He’d been momentarily liberated, seemingly alone.

The tombstone began to rattle.

Julian sighed, the sound an echo of Aden’s. I know we’ve endured worse. But I caused those worse situations, too.

Fabulous. A pity party. This third, frustrated voice belonged to a woman—who also took up prime real estate inside his head. Aden was only surprised his other “guest”—as he sometimes thought of the souls trapped inside him—didn’t pipe up, as well. Peace and quiet were not something any of them understood. Can we save the festivities for later, boys, and kill the zombie before it emerges all the way, gains its bearings and stomps our collective butt?

If only that mothering were enough to fix the situation this time.

There was grumbling. And that was as quiet as things were going to get.

He forced himself to focus. Several yards away, the head-stone teetered back and forth before tumbling to the ground and shattering. Rain had fallen this morning, and droplets sprayed in every direction. Handfuls of dirt soon joined them, flying through the air as a disgustingly gray hand poked its way free.

Golden sunlight poured from the sky, highlighting the oozing skin, the rotting muscle … even the worms slithering around the enlarged knuckles.

A fresh one. Great. Aden’s stomach rolled. He might puke when this was over. Or during.

We’re about to smoke that fool! Is it bad that I’m hot right now?

And there was Caleb, voice number four. If he’d had a body of his own, Caleb would have been the guy taking pictures of girls in their locker room while hiding in the shadows.

As Aden watched, waiting for the right moment to strike, a second oozing hand joined the first, both straining to heave the decayed body the rest of the way from the ground. He scanned the area. He stood on a cemented walkway, high on a hill, lush trees helping to form a path and block him from prying eyes. Thankfully, the long span of grass and headstones looked deserted. Beyond was a road where several cars meandered past, their engines humming softly. Even if the drivers were rubberneckers and failed to keep their attention on traffic, they wouldn’t be able to see what happened below.

You can do this, he told himself. You can. You’ve done it before. Besides, girls like scars. He hoped. He had plenty to show off.

“Now or never.” Determined, he strode forward. He would have run, but he wasn’t in a hurry to ring the starting bell. Besides, these encounters always ended the same way, no matter the sequence of events: Aden bruised and broken, sick from the infection the corpses’ tainted saliva caused. He shuddered, already imagining yellowed teeth snapping and biting at him.

Usually the battle lasted only a few minutes. But if anyone decided to visit a loved one during that time … Whatever happened, he couldn’t be seen. People would assume he was a grave robber or a body snatcher. He’d be hauled into whatever detention center this hole-in-the-wall town offered. He’d be forever labeled a no-good delinquent, exactly as he’d been labeled in every other town he’d ever lived in.

Would have been nice if the sky darkened and rain poured again, shielding him, but Aden knew he didn’t have that kind of luck. Never had.

“Yep. I should’ve paid attention to where I was going.” For him, walking past a cemetery was the epitome of stupid. A single step on the property, like today, and something dead would awaken, hungry for human flesh.

All he’d wanted was a private spot to relax. Well, as private as a guy with four people living in his head could get.

Speaking of heads, one peeked through the now-gaping hole, swinging left, right. One eye was rolled back, the white branched with red, while the other was gone, revealing the muscle underneath. Large patches of hair were missing. Its cheeks were sunken, its nose hanging by a few threads.

Bile burned Aden’s stomach, threatening to double him over. His fingers tightened around the hilts of his blades, and he finally quickened his step. Almost … there … That haggard face sniffed the air, obviously liking what it smelled. Toxic black saliva began dripping from its mouth and its struggle for freedom increased. Shoulders appeared. A torso quickly followed.