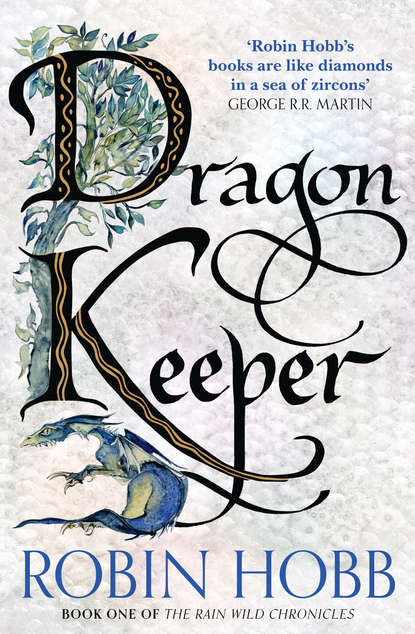 ‘Fantasy as it ought to be written’ George R.R. MartinReturn to the world of the Liveships Traders and journey along the Rain Wild River in this fantastic adventure from the author of the internationally acclaimed Farseer trilogy.Guided by the great blue dragon Tintaglia, they came from the sea: a Tangle of serpents fighting their way up the Rain Wilds River, the first to make the perilous journey to the cocooning grounds in generations. Many have died along the way. With its acid waters and impenetrable forest, it is a hard place for any to survive.People are changed by the Rain Wilds, subtly or otherwise. One such is Thymara. Born with black claws and other aberrations, she should have been exposed at birth. But her father saved her and her mother has never forgiven him. Like everyone else, Thymara is fascinated by the return of dragons: it is as if they symbolise the return of hope to their war-torn world. Leftrin, captain of the liveship Tarman, also has an interest in the hatching; as does Bingtown newlywed, Alise Finbok, who has made it her life's work to study all there is to know of dragons.But the creatures which emerge from the cocoons are a travesty of the powerful, shining dragons of old. Stunted and deformed, they cannot fly; some seem witless and bestial. Soon, they become a danger and a burden to the Rain Wilders: something must be done. The dragons claim an ancestral memory of a fabled Elderling city far upriver: perhaps there the dragons will find their true home. But Kelsingra appears on no maps and they cannot get there on their own: a band of dragon keepers, hunters and chroniclers must attend them.To be a dragon keeper is a dangerous job: their charges are vicious and unpredictable, and there are many unknown perils on the journey to a city which may not even exist…

All rights reserved under International and Pan-American Copyright Conventions. By payment of the required fees, you have been granted the nonexclusive, nontransferable right to access and read the text of this e-book on screen. No part of this text may be reproduced, transmitted, downloaded, decompiled, reverse-engineered, or stored in or introduced into any information storage and retrieval system, in any form or by any means, whether electronic or mechanical, now known or hereafter invented, without the express written permission of HarperCollins e-books.

To the memory of Spot and Smokey,