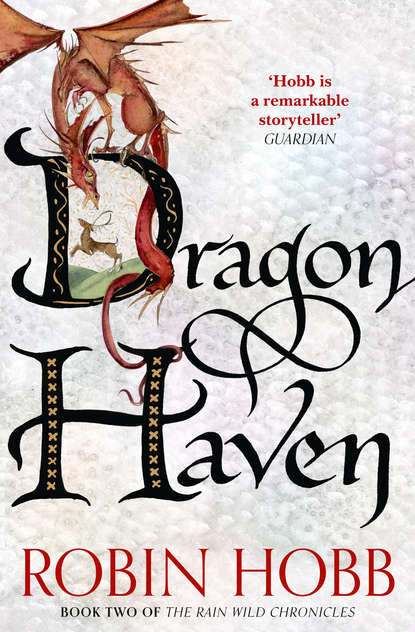 ‘Fantasy as it ought to be written’ George R.R. MartinReturn to the world of the Liveships Traders and journey along the Rain Wild River in this fantastic adventure from the author of the internationally acclaimed Farseer trilogy.The dragon keepers and the fledgling dragons are forging a passage up the treacherous Rain Wild River. They are in search of the mythical Elderling city of Kelsingra, and are accompanied by the liveship Tarman, its captain, Leftrin, and a group of hunters who must search the forests for game with which to keep the dragons fed. With them are Alise, who has escaped her cold marriage to the cruel libertine Hest Finbok in order to continue her study of dragons, and Hest's amanuensis, Bingtown dandy, Sedric.Rivalries and romances are already threatening to disrupt the band of explorers: but external forces may prove to be even more dangerous. Chalcedean merchants are keen to lay hands on dragon blood and organs to turn them to medicines and profit. Their traitor has infiltrated the expeditionand will stop at nothing to obtain the coveted body parts. And then there are the Rain Wilds themselves: mysterious, unstable and ever perilous, its mighty river running with acid, its jungle impenetrable and its waterways uncharted.Will the expedition reach their destination unscathed? Does the city of Kelsingra even exist? Only one thing is certain: the journey will leave none of the dragons nor their human companions unchanged by the experience.

First published in Great Britain by

The names, characters and incidents portrayed in it are the work of the author’s imagination. Any resemblance to actual persons, living or dead, events or localities is entirely coincidental.

All rights reserved under International and Pan-American Copyright Conventions. By payment of the required fees, you have been granted the nonexclusive, nontransferable right to access and read the text of this ebook on-screen. No part of this text may be reproduced, transmitted, downloaded, decompiled, reverse-engineered, or stored in or introduced into any information storage and retrieval system, in any form or by any means, whether electronic or mechanical, now known or hereafter invented, without the express written permission of HarperCollins ebooks