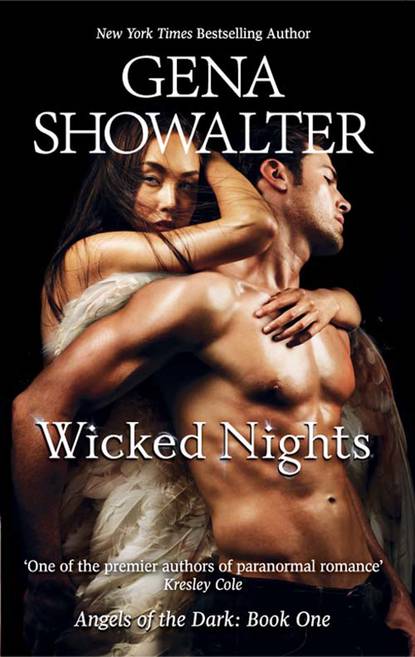 Leader of the most powerful army in the heavens, dark angel Zacharel has been deemed too dangerous, too ruthless – and if he isn’t careful, he’ll lose his wings.But this warrior will not be deterred…until vulnerable mortal Annabelle tempts him. Accused of a crime she did not commit, Annabelle has been imprisoned for four years.Demons track her every move. Zacharel is her only hope for survival, but is the brutal angel with a touch as hot as hell her salvation – or her ultimate damnation?

‘Showalter gives her fans another treat, sure to satisfy!’

‘If you like your paranormal dark and passionately flavoured, this is the series for you.’

‘Showalter’s darkly dangerous Lords of the Underworld trilogy, with its tortured characters, comes to a very satisfactory conclusion… [her] compelling universe contains the possibility of more stories to be told.’

‘In this new chapter the Lords of the Underworld engage in a deadly dance. Anya is a fascinating blend of spunk, arrogance and vulnerability—a perfect match for the tormented Lucien.’

‘A world of myth, mayhem and love under the sea!’

Angels of the Dark

I have been intrigued by the stone-cold angel Zacharel since the first moment he stepped on to the pages of my LORDS OF THE UNDERWORLD series in The Darkest Secret. I mean, really. An immortal warrior who finds it easier to slay an enemy than to smile at a friend? Yeah, I had to know his secrets.

I also had to flip his entire world upside down, and oh, did I have fun doing it. He’s been put in charge of the biggest, baddest beings ever created—an army of angels about to be kicked out of the heavens forever. He’s met the first woman ever to kindle a fire his blood, and he’s in danger of losing his greatest treasure (and no, I’m not just talking about his virginity).

What better way to begin my new ANGELS OF THE DARK series?

Sacrifices will have to be made, and battles between good and evil will have to be fought. (Go, Team Good!) Zacharel has one chance to get this right. Just one—because it’s his last. If he fails, he will be stripped of everything that matters to him. His position, his power… and even his love.

I hope you enjoy this journey as much as I enjoyed writing it. After all, as you travel you’ll be in the arms of an exquisite winged warrior…

for encouraging phone calls and e-mails, and the laughs!

(And I want it forever noted that you are listed first.)

To Sheila Fields and Betty Sanders,

for the friendship, the brainstorming, and the laughs!

and Sony Harrison, for the support, the love,

To Mickey Dowling and Anita Baldwin,

To Kresley Cole and Beth Kendrick—

And to Kathleen Oudit and Tara Scarcello, for seriously

knocking this one out of the park!