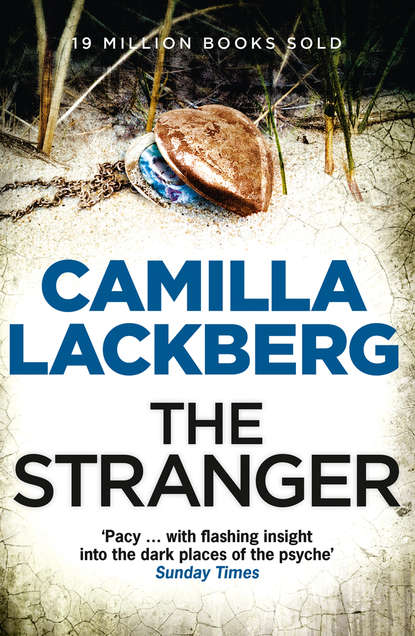 To avoid disappointment, please note this book was previously published under the title THE GALLOWS BIRD. Swedish crime sensation and No. 1 international bestseller, Camilla Lackberg’s fourth psychological thriller - for fans of Stieg Larsson and Jo Nesbo.A local woman is killed in a tragic car crash. It’s a strange accident – the victim’s blood contains high alcohol levels, but she rarely drank a drop. The case marks the end of a quiet winter for Detective Patrik Hedstrom.Meanwhile, a reality TV show begins shooting in the town, and as cameras shadow the stars’ every move, tempers start to flare. When a drunken party ends with an unpopular contestant’s murder, all eyes turn to the cast and crew – could there be a murderer among them?The ratings spike as the country tunes in to a real life murder mystery. Under the unforgiving media spotlight, Patrik tackles his toughest investigation yet…

The names, characters and incidents portrayed in it are the work of the author’s imagination. Any resemblance to actual persons, living or dead, events or localities is entirely coincidental.

First published in Swedish as Olycksfågeln in 2006

All rights reserved under International Copyright Conventions. By payment of the required fees, you have been granted the non-exclusive, non-transferable right to access and read the text of this e-book on-screen. No part of this text may be reproduced, transmitted, down-loaded, decompiled, reverse engineered, or stored in or introduced into any information storage and retrieval system, in any form or by any means, whether electronic or mechanical, now known or hereinafter invented, without the express written permission of HarperCollins e-books.

Read on for the opening of The Hidden Child (#litres_trial_promo)

By the same author (#litres_trial_promo)

What he remembered most was her perfume. The one she kept in the bathroom. That shiny lavender bottle with the sweet, heavy fragrance. As an adult he had searched in a perfume shop until he found the exact same one. He had chuckled when he saw the name: ‘Poison’.

She used to spray it on her wrists and then rub it on her throat and, if she was wearing a skirt, on her ankles too.

He thought that was so beautiful. Her fragile, delicate wrists gracefully rubbing against each other. The scent spread through the space around her, and he always longed for the moment when it came really close, when she leaned over and kissed him. Always on the mouth. Always so lightly that sometimes he wondered if the kiss was real or if he was just dreaming.