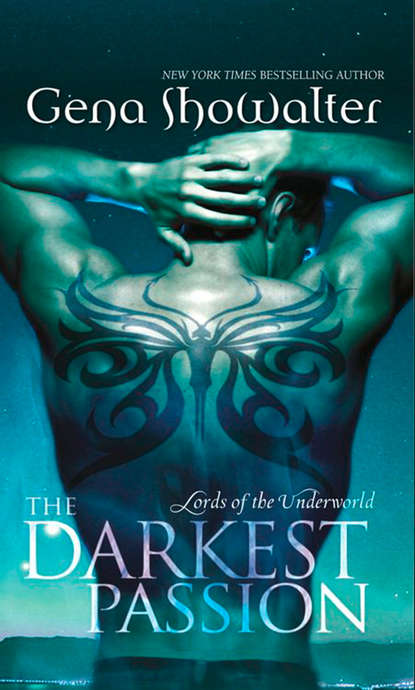 Aeron – Immortal Keeper of WrathHis anger is his power For weeks, the immortal warrior Aeron has sensed an invisible female presence. An angel – demon assassin – has been sent to kill him. Or has she? Olivia claims she fell from the heavens, giving up immortality because she couldn’t bear to harm him.But trusting Olivia will endanger them all. How has this “mortal” with the huge blue eyes already unleashed Aeron’s darkest passion? Now, with an enemy hot on his trail and his faithful demon companion determined to remove Olivia from his life, Aeron is trapped between duty and consuming desire.Worse still, a new executioner has been sent to do the job Olivia wouldn’t…

“A fascinating premise, a sexy hero and non-stop action, The Darkest Night is Showalter at her finest, and a fabulous start to an imaginative new series.”

“Amazing! Stupendous! Extraordinary! Gena Showalter has done it again. The Darkest Night is the fabulous start of an edgy, thrilling series…”

“Not to be missed…the hottest new paranormal series.”

“In this new chapter the Lords of the Underworld engage in a deadly dance. Anya is a fascinating blend of spunk, arrogance and vulnerability—a perfect match for the tormented Lucien.”

“Talk about one dark read…If there is one book you must read this year, pick up The Darkest Kiss…a Gena Showalter book is the best of the best.”

“Showalter’s darkly dangerous Lords of the Underworld trilogy, with its tortured characters, comes to a very satisfactory conclusion…[her] compelling universe contains the possibility of more stories to be told.”

“Of all the books in this series, this is the most moving and compelling. The concluding chapters will simply stun you with the drama of them…You will not be sorry if you add this to your collection.”

“If you like your paranormal dark and passionately flavoured, this is the series for you.”

This one is for Max, my demon—which makes me his angel. Of course. And now that it’s been printed, it can’t be denied. Max = demon. Gena = angel.

This one is also for Jill Monroe, but don’t tell her I said so.

I want to thank all the wonderful people at Harlequin for the continued support and encouragement. I am very blessed to work with you!

In a remote fortress in Budapest, six immortal warriors—each more dangerously seductive than the last—are bound by an ancient curse none has been able to break. When a powerful enemy returns, they will travel the world in search of a sacred relic of the gods—one that threatens to destroy them all.

And don’t miss the next Lords of the Underworld book

Coming next month from MIRA®