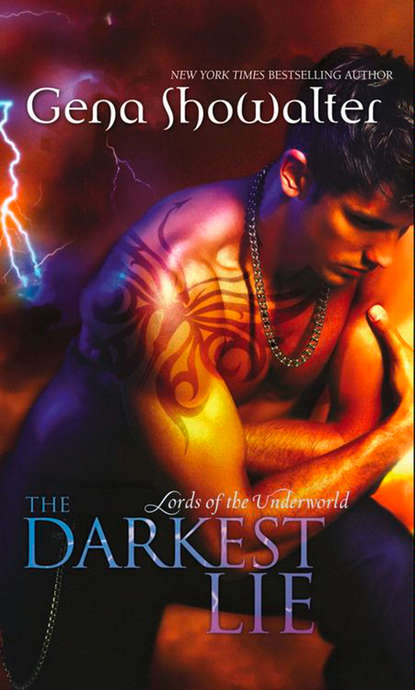 Forced to his knees in agony whenever he speaks the truth, Gideon can recognize any lie—until he captures Scarlet, a demon-possessed immortal who claims to be his long-lost wife.He doesn't remember the beautiful female, much less wedding—or bedding—her. But he wants to. . . almost as much as he wants her. But Scarlet is keeper of Nightmares, too dangerous to roam free. A future with her might mean ultimate ruin. Especially as Gideon's enemies draw closer—and the truth threatens to destroy all he's come to love. . . .

“A fascinating premise, a sexy hero and non-stop action,

The Darkest Night is Showalter at her finest, and a fabulous start to an imaginative new series.”

these cursed warriors called the Lords of the Underworld.

fighting to retain a semblance of humanity, which

means the heroines are in for a rough ride. This is

Gena Showalter has done it again.

The Darkest Night is the fabulous start of an edgy, thrilling series…”

“Not to be missed…the hottest new

“In this new chapter the Lords of the Underworld

engage in a deadly dance. Anya is a fascinating blend

of spunk, arrogance and vulnerability – a perfect

match for the tormented Lucien.”

“Talk about one dark read…If there is one book

you must read this year, pick up The Darkest Kiss… a Gena Showalter book is the best of the best.”

“Showalter’s darkly dangerous Lords of the

Underworld trilogy, with its tortured characters,

comes to a very satisfactory conclusion…[her]

of more stories to be told.”

“Of all the books in this series, this is the most

moving and compelling. The concluding chapters

will simply stun you with the drama of them…You

will not be sorry if you add this to your collection.”

flavoured, this is the series for you.”