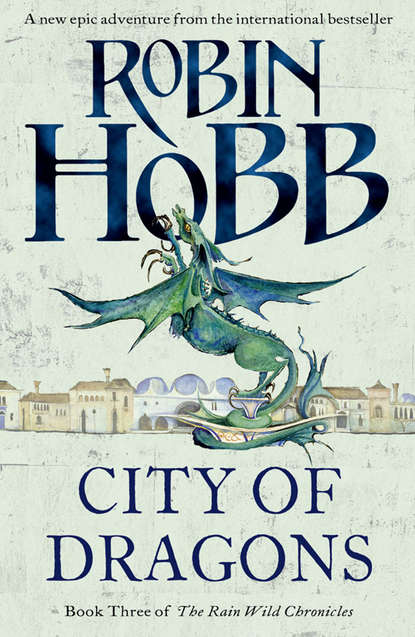 ‘Fantasy as it ought to be written’ George R.R. MartinReturn to the world of the Liveships Traders and journey along the Rain Wild River in this fantastic adventure from the author of the internationally acclaimed Farseer trilogy..The dragon keepers and fledgling dragons have discovered a route to the lost city of Kelsingra but there is one problem: they need to be able to fly to cross the treacherous waters and enter the fabled city. At first, only a few dragons are willing to try – the others are either too ashamed of their deformed wings and feeble muscles or too proud to risk failure and humiliation.But the rewards waiting at Kelsingra for those brave enough to take to the air are worth more than they could possibly imagine. This was a city built for dragons and their keepers. Alise Finbok is overwhelmed by the treasures she finds there, and spends hours carefully uncovering wonder after wonder, recording her findings for posterity. She knows the knowledge will change everything the world thought about dragons and the Elderlings.Yet rumours of the city’s discovery have floated down the Rain Wild River and reached envious ears in Bingtown and beyond. Adventurers, pirates and fortune hunters are coming in droves to pillage what they can from the city. Will the dragons, only just finding their strength, and their keepers, who are changing in their own mysterious ways, be able to fend them off?And what has happened to Tintaglia, the dragon-mother who started it all? Has she really abandoned her offspring forever? Or will she too return to seek the riches of Kelsingra…

The names, characters and incidents portrayed in it are the work of the author’s imagination. Any resemblance to actual persons, living or dead, events or localities is entirely coincidental

All rights reserved under International Copyright Conventions. By payment of the required fees, you have been granted the non-exclusive, non-transferable right to access and read the text of this ebook on-screen. No part of this text may be reproduced, transmitted, down-loaded, decompiled, reverse engineered, or stored in or introduced into any information storage and retrieval system, in any form or by any means, whether electronic or mechanical, now known or hereinafter invented, without the express written permission of HarperCollins ebooks

To the Little Red Hen

She rode the air currents easily, her legs sleeked tight against her body, her wings spread wide. On the undulating desert sands below, her rippling shadow showed her as a serpentine creature with bat-like wings and a long, finned tail. Tintaglia thrummed deep in her throat, a purr of pleasure in the day. They had hunted at dawn and hunted well. They had made their separate kills, as they always did, and spent the morning in feasting and then sleep. Now, smeared still with the blood and offal of the hunt, the two dragons had another goal in mind.