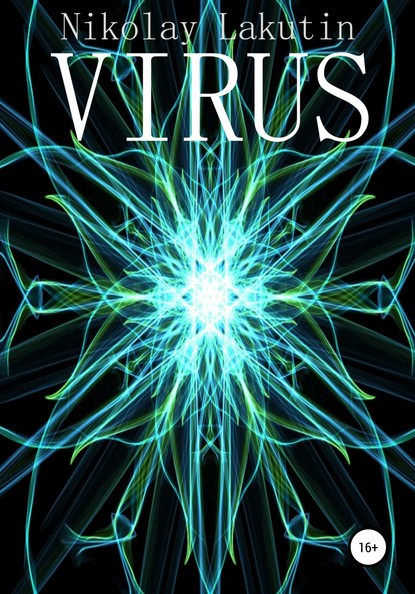 For my head, the Guild of pharmaceutical concerns, in tandem with the Committee of 300, has secretly set a sum that can buy almost any state in Latin America, along with the people, economy, and everything that lives in this area. They are, by the way, sold, if someone does not know. I've never been so expensive. And all because of crazy geniuses like me… the world didn't know yet… All the events, organizations and characters are the author's invention. Any coincidence of names, surnames and positions of characters with the real names of living or dead people, as well as events that happened to someone in life-is absolutely accidental and completely unintentional.

In these moments I live out my last moments, I know it. No, no, I feel fine, I am in my right mind and have a good memory. I drink fragrant coffee and watch online on my long-suffering monitor the spread of my brainchild around the world. And there's no stopping it. This fact pleases me immensely. However, no less pleasing is the fact that the understanding of this process is now choking in their anger, the so-called elite, which I ruined plans for the next couple of hundred years.

From now on, in order to manipulate the health of people, to keep them in fear, to control the number by means of killing and make money on it – there is almost no chance left. War in the usual sense is not necessary for anyone today, because there will be no winners in it. And working in the field of viruses is now a very difficult task. My stamp of the spreading virus is perfect, I developed it for a long time and very painstakingly. In symbiosis with the divine plan, it has already produced the fruits that made the great manipulators of this world shudder. Whether it will still be…

My physical death doesn't make any sense now, because even I can't change anything in the running process. And yet, the red dot on the sniper rifle is already shining at my forehead from the roof of a nearby building, and I can see it in the reflection of the monitor.

What are you waiting for, dear friend… Pull the trigger quickly, not today – tomorrow my virus will get to you…

"So, Alvin, how long are you going to be dealing with your pandemic?"

"Master, Oliver, everything is almost ready, I have only a couple of final tests left, but the virus is strong enough. It is important that it does not significantly exceed the stated number of goals and that we can neutralize it at any time.

"A hundred or a hundred and fifty thousand people is not important. As soon as we complete the order, we will immediately launch the antidote, it is tested, the pandemic will completely disappear. So don't waste any time. Does this stamp show signs of a cold?

– Variable, depending on the individual's immune system, but generally two to three weeks.

– Suits. We need to take care of. Start the process! If everyone was so careful, then people would still go no further than sticks and stones in their development.

The next virus was launched to the masses at the end of 2019. China, Italy, the United States, Europe, then Russia and other countries have experienced the development of a non-public pharmaceutical company. The strike was aimed at two fronts. The first is the decline in the economy and the quality of life of people, which inevitably led to a fall on the stock exchanges and allowed for pennies to buy up holdings and businesses. In this way, make adjustments to the long-started redistribution of the world. The second blow – a side effect, so to speak – is the reduction of the population and the pressure of fears to spur people to mass vaccination and chipping-global control and the ability to disconnect anyone living from the life system at the right time.

"Well, gentlemen! Congratulations on your success with virus 2019. Gone to hell! Alvin is a genius, though… Not all ideas were realized as the technical task required us to do so. The customer had to additionally connect the media to instill fear and enhance the effect.

Oliver walked across the lab, placing the folder of documents on the glass table, and continued to stare at Alvin:

– Your virus only worked 70%. We had to keep him for two months longer than we had planned, but we had time. What if they didn't? In humid regions, the virus has spread very well, and for example, in Russia, where the climate is more dry. And the results are weak. We had very different expectations! The benefit was compensated by the States and the European part. But we took a serious risk! In the future, we may not be trusted with a serious order. Competitors are also not asleep, do not forget about it! There were no similar problems with swine and avian flu! We made an incredible effort to snatch the order for the 2019 virus and almost failed it. Although we received a lot of positive reviews in General.

"I told you I needed a few more tests." I was just working on that question, " Alvin said, adjusting his glasses guiltily.

"I don't need excuses!" You had specific deadlines for developing the virus, and you approved these deadlines. And the work was not done properly. One more slip like that and I won't look at the fact that great minds are gathered here! Take this as your assistant, Darrell…

Mr. Oliver pointed to the young man, Darrell, who had become Alvin's assistant.

An acquaintance had brought him to the organization where Darrell had worked for almost sixteen years, the name of which, by the way, he had never learned. A school friend who happened to cross paths with him in a beer bar, after asking in General terms who his friend had become in adult life, offered a job. Darrell was immediately skeptical, since this guy had been known since high school to be addicted to bad companies and not the most legitimate interests. But since Darrell was experiencing serious financial difficulties at the time, he risked an interview.

A strange country office located in a trailer immediately suggested that there is something not clean. However, the person who conducted the interview made a very serious impression. Darrell had been good at chemistry and physics since high school. By the time the classmate met, he had managed to defend his PhD in chemical relations in a vacuum. He worked for several years in the laboratory of the gold plant, but fell under the reduction, which was sincerely glad. The work there was boring and more than trivial. No creative process. Here, in the trailer, the man from the first minutes shook the dusty hopes of the guy regarding the activities in the field of development. He really knew what he was talking about, Darrell understood it, and the interviewer saw it, the dialogue was on the same wavelength.

Darrell didn't have to fill out any forms. Seven minutes after the interview began, he was confirmed as a member of the company's staff, which did not want to make public any legal aspects of its activities. For curbing interest in this issue, they offered a salary that exceeds three and a half times the average salary in the region. And ten percent was given out immediately as an advance.

They didn't say exactly what the job was, but they offered to do what Darrell really wanted to do. He always wanted to create! The man didn't ask for any documents, phone number, or home address. He just gave out a wad of new bills, and told the guy to be at the same time tomorrow at the southern exit of the city. The next day, near the stele, Darrell picked up a tinted sedan and delivered it to the base, where it was handed over to Alvin.

Alvin was a worthy colleague, mentor, and boss all rolled into one. He never once allowed himself to use his position in dealing with Darrell. Pressure from his side probably never experienced even his cat. Darrell was no layman in the field of molecular physics, and had more than a General idea of how closely chemical knowledge borders on the physical properties of objects. But Alvin had a lot to learn. He had been working at the lab for four years, and had earned a reputation and a couple of million dollars. Darrell liked the prospect. He quickly got involved in the work and within two months gave the first serious results.

"Mr. Oliver?" "I'm grateful to you for giving me such a big-headed assistant." He suggested a radical solution, and I finally finished the orange stamp. The experiment was conducted on forty-eight rats, and we got a hundred percent result. As soon as the volunteers are ready, we are ready to conduct a human trial.

"Alvin, you surprise me," said Oliver, looking sternly at the tight – knit work of the labourers, " when people have voluntarily made any sacrifices?" No matter how much we buy the lowest, promising strata of society – they are not ready to go to experiments. Moreover, they must not know what these experiments are. Why would they need money? They won't have time to spend it anyway.

"What should we do?"

Oliver pulled out his cell phone and dialed a number.

– How many people do you need to conduct the experiment?"what is it?" he asked as the phone rang.

Alvin chewed on his lower lip:

– If there are natives of China, European samples, preferably a couple of blacks and representatives of the Indian lands… it would be good to have ten or fifteen people.

Oliver spoke into the phone:

"Did you hear everything?" Perform.

After that Oliver hung up and just said:

"You'll get your test samples in two days. In the meantime, you can rest. Take Darrell to the coast and I'll book you a cabin. You will meet there in an informal atmosphere. Unwind. At the same time, discuss this project.

Oliver handed over the folder he had been holding.

"I'm interested in your General opinion on this," he finished, and left the base.

On the coast it was quite comfortable. Well-kept houses, fenced territory, clean sand and no people.

"This is our Corporation's private beach," Alvin explained, " and we come here a few times a year to relax. The place is Paradise. Meals are provided by the company. All inclusive also includes massage, steam room, tennis court at our service, gym, all those scooters, surfing when there is a wave and skill…

"Yes… my friend, and this is all for us too…," he added, breaking into a smile.