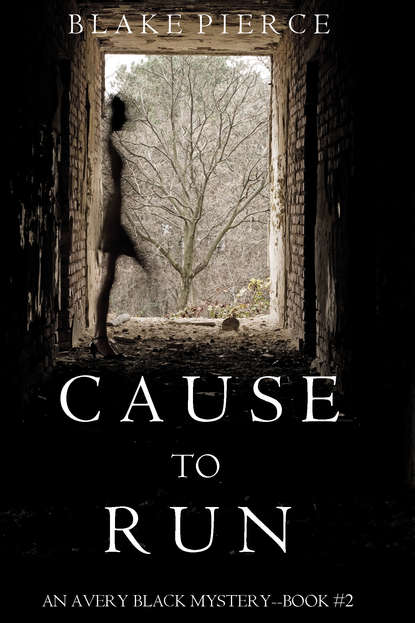 Cause to Run
Blake Pierce

An Avery Black Mystery #2
In CAUSE TO RUN (An Avery Black Mystery—Book 2), a new serial killer is stalking Boston, killing his victims in bizarre ways, taunting the police with mysterious puzzles that reference the stars. As the stakes are upped and the pressure is on, the Boston Police Department is forced to call in its most brilliant—and most controversial—homicide detective: Avery Black.

Avery, still reeling from her last case, finds herself up against a rival precinct and a brilliant, cunning killer who is always one step ahead of her. She is forced to enter his dark, twisted mind as he lays clues for his next killing, and forced to look into places in her own mind she would rather not go. She finds herself compelled to seek the counsel of Howard Randall, the twisted serial killer she’d put behind bars years ago, all while her new burgeoning life with Rose and Ramirez is falling apart.

And just as things cannot get any worse, she finds out something else: she herself may be the target.

In a game of psychological cat and mouse, a frantic race against time leads Avery through a series of shocking and unexpected twists—culminating in climax that even Avery could not imagine.

A dark psychological thriller with heart-pounding suspense, CAUSE TO RUN is book #2 of a riveting new series—with a beloved new character—that will leave you turning pages late into the night.

Copyright © 2016 by Blake Pierce. All rights reserved. Except as permitted under the U.S. Copyright Act of 1976, no part of this publication may be reproduced, distributed or transmitted in any form or by any means, or stored in a database or retrieval system, without the prior permission of the author. This ebook is licensed for your personal enjoyment only. This ebook may not be re-sold or given away to other people. If you would like to share this book with another person, please purchase an additional copy for each recipient. If you’re reading this book and did not purchase it, or it was not purchased for your use only, then please return it and purchase your own copy. Thank you for respecting the hard work of this author. This is a work of fiction. Names, characters, businesses, organizations, places, events, and incidents either are the product of the author’s imagination or are used fictionally. Any resemblance to actual persons, living or dead, is entirely coincidental. Jacket image Copyright miljko, used under license from iStock.com.

He lay hidden in the shadows of a parking lot fence and stared up at the three-story brick apartment building across the street. He imagined it was dinnertime for some, an hour where families would gather and laugh and share stories of the day.

Stories. He scoffed. Stories were for the weak.

The whistling shattered his silence. Her whistling. Henrietta Venemeer whistled as she walked. So happy, he thought. So oblivious.

His anger increased at the sight of her, a red, burning rage that bloomed in his entire visual landscape. He closed his eyes and took in a few deep breaths to make it stop. Drugs used to help with his anger. They had calmed him down and kept his mind light and carefree, but lately, even his prescriptions had failed. He needed something bigger to help balance in life.

You know what you have to do, he reminded himself.

She was a slight, older woman with a shock of red hair and a can-do attitude that permeated her every movement: hips swayed like she was dancing to an inner song and there was a noticeable hop in her step. She carried a bag of groceries and headed directly toward the brick building in a forgotten part of East Boston.

As she reached her building door and was fumbling for her keys, he left his spot and ambled across the street.

She opened her building door and entered.

Before the door shut, he placed his foot inside the opening. The camera that watched the foyer had been disabled earlier; he’d applied a film of clear spray-gel over the lens to obscure any images and yet give the illusion that the camera appeared in working order. The second foyer door had been disabled, too, its lock easy enough to break.

A whistle was still on her lips as she disappeared up a flight of stairs. He walked into the building to follow, giving no thought to the people on the street or other cameras that might have been watching from other buildings. Everything had been investigated earlier, and the timing of his attack had been aligned with the universe.

By the time she reached the third floor to unlock her front door, he was behind her. The door opened and as she walked into her apartment he grabbed her by the chin and clamped her mouth shut with his palm, stifling her screams.

Then he stepped inside and closed the door behind him.

Avery Black drove her flashy new ride, a black four-door Ford undercover cop car she’d bought, off the lot, and she smiled to herself. The smell of the new car and the feel of the wheel beneath her hands gave her a sense of joy, of starting anew. The old, white BMW that she’d bought as a lawyer, which had constantly reminded her of her previous life, was finally gone.

Yay, she inwardly cheered, as she did almost every time she sat behind the wheel. Not only did her new ride have tinted windows, black rims, and leather seats, but it came fully equipped with shotgun holster, computer frame on the dash, and police lights in the grilles, windows, and rearview mirrors. Better yet, when the blue-and-reds were turned off, it looked like any other vehicle on the road.

The envy of cops everywhere, she thought.

She’d picked up her partner, Dan Ramirez, at eight o’clock sharp. As always, he looked the model of perfect: slicked-back black hair, tan skin, dark eyes, decked out in the finest clothes. A canary yellow shirt was under a crimson jacket. He wore crimson slacks, a light-brown belt, and light-brown shoes.

“We should really do something tonight,” he said. “Last night of our shift. Might be a Wednesday but it feels like a Friday.”

He offered a warm smile.

In return, Avery batted her ice-blue eyes and flashed him a quick and loving grin, but then her features turned unreadable. She focused on the road and inwardly wondered what she was going to do about her relationship with Dan Ramirez.

The term “relationship” wasn’t even accurate.

Ever since she’d taken down Edwin Peet, one of the strangest serial killers in recent Boston history, her partner had made his feelings known, and Avery had, in turn, let him know that she might be interested as well. The situation hadn’t escalated much further. They’d had dinner, shared loving looks, held hands.