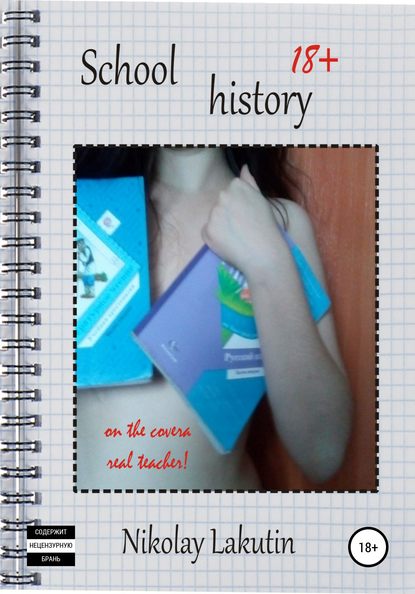 School… For everyone, school is something different. For some, childhood and adolescence, for some it is a place of work, and for some it is an arena for showdowns and full-fledged battles. School remains in the memory because it leaves behind a trail of emotions, they make us scroll through the head of past stories again and again. Today You will get acquainted with the plot, which… and let it be an intrigue. Pleasant easy reading, friends, pleasant emotions and for someone can be very, very special memories…Содержит нецензурную брань.

The big break had been over ten minutes ago, but the teacher was still out. Guys tried not to make noise, to not attract special attention. This state of Affairs more than suited them, because in English today was scheduled to test work, and knowledge in this area in the classroom much no one shone.

Suddenly the door swung open and a flushed Sashka rushed into the classroom, shouting through his shortness of breath:

"The biologist in the dining room is fighting an Englishwoman!"

The desks flew upside down, and in a few seconds the classroom was empty. A few seconds later, a crowd of students gathered in the dining room, surrounding the arena that had been formed, on which two not-so-teacher-looking ladies were lying to each other.

– So! – concluded the Director of the school Zoya Mikhailovna at the evening meeting, having gathered in his office all the teachers-no kids, dear, so it will not go. Who allowed you, dear Klavdia Matveevna you and Alexandra Soldown to put up a fight in the dining room… without warning the others. Without the sweepstakes, you know, without a decent audience. Don't you think we'd all be interested in seeing it and making some money?

The colleagues nodded their heads in disapproval, echoing the headmistress's words.

– You understand that a fight can not solve the problem, in a predominantly female team? "the fact that one of you is pulling the hair out of a fellow sparring partner does not promise any outcome at all." For example, today one another face will scratch him, but tomorrow is another first pour something into the tea. We've been through this before, it's no use!

After these words, Zoya Mikhailovna wanted to drink the coffee brought to her by the Secretary, but after seeing the girl with a friendly look, she put the glass aside.

"What was the fight about?"

"Silence?" Well, well… it's like we're all without eyes and can't see anything. Yes, everyone knows that you can not divide Trudovik! the headmistress shouted indignantly. – Valeriy Stepanovich has been ruffling the nerves of the women's team for five good years. And any who, you bastard, not given!

Here Zoya Mikhailovna as something suddenly sharply changed tactics, timbre, and maximally politely turned to the only a man, sitting at the table:

"Isn't it?" Dear Valery Stepanovich? Or maybe we don't know something?

Trudovik was embarrassed and even blushed a little.

– So…, on eyes I see that so , – without having waited for the answer, the local power continued. – You think I didn't dream of being ripped off by that Apollo of ours like the last shack on the back bench?" Yes now! Scattered! Not a finger! He didn't even wink, you bastard, no matter how much I smiled at him and didn't put extra hours on the payroll.

Valery Stepanovich felt embarrassed under the General condemning glances of the ladies.

"Everybody's been staring at him!" And he wasn't looking at all of us! So what gives you the right to think, dear women, – the headmistress addressed to the teacher of biology and English, – that this outstanding type suddenly will take, and will give in to your influence? What is it interesting to know that you possess that the other women of the school do not possess?

Employees glared at the entertainers of the fight harrowing looks.

"You know," said the English teacher, " I don't know what you had at school before me, and I don't really care. My personal life, I prefer not to discuss! Yes, my colleague and I had a little quarrel, with whom it does not happen, but we will assume that we mutually resolved this issue and more of this will not happen again. I apologize for the temporary loss of control over my emotions.

"Well, girls, it looks like we're going to have another fight tonight!" – strictly looking at Alexander Solduno, said the headmistress.

– Girls, I have only three hundred, borrow.

"I'll bet a thousand on the Director!"

"One and a half for Zoya Mikhaylovna –" came another voice from the side.

– Stop! power slapped the table. "I was joking." Just kidding. Dear Alexandra Soldown. You in our team recently, and already starting to make a rebellion in a friendly close-knit team. We do not take something to hide from colleagues. We all solve common and particular problems together. Somewhere the word, somewhere the case. You're young and ambitious, which is great, but listen to a wise man. Alone in this world can not break through. He will break, trample and devour without choking. Therefore, please inform the team, or at least me, next time before giving vent to feelings.

– I you heard, – not wanting to to intercede in skirmish, tactfully plummeting has from-under strike teacher English language.

"I hope so!" the headmistress said.

The meeting ended with traditionally generalizing questions, namely who has the nearest birthday, how much to throw off and who will drink what. Then they all went home.

Alexander Soldown came to work in the school almost immediately after he graduated from the FFL at the pedagogical University. I managed to travel a little, realizing that if not now, then later in life it is unlikely that such an opportunity will ever present itself. And, in General, if you do not hope for a miracle, her reasoning was not devoid of common sense. Europe, with her English, made her understand that theory and practice were somewhat different. And that translator its now on work not will take nor one a serious organization. But the school will accept with open arms. Yes, in General, so it turned out. The headmaster seemed to the world to her aunt, with a sense of humor, which is nice. The salary, of course, left much to be desired, but the pleasant moment in this school still had one more. This moment was Valery Stepanovich, who came inadvertently during the interview in the office of the Director with the words:

This look with a twinkle that caught himself on Alexander, as he seared her heart light with his touch. Her face was flushed, her lips parted in a smile, revealing her front teeth. In short, the girl sunk and past the experienced eyes of the headmistress it did not pass.

"Look here, girl," she said sternly, " you can't count on that handsome man. Not that he's busy, no, he's not married, but… For him gender schools neck. Teachers, high school girls and even, that perishing there, time now free, to condemn sin, as the saying goes… even a couple of high school kids are drooling over it. In short, in the queue. We don't have a lot of men here. Is not a lot. So not a lot that I want to hang with sometimes, but every time I solve this issue a little blood and strangled someone else, just kidding. Although the servants are full on whom you can practice. At us in collective all women, even on physical culture of children Tatyana Pavlovna, in the past the master of foundry drives. So we get out, as you know… as we can. We have one man, we cherish and cherish him. No offense.

"I'm not going to hurt anyone.

"There! This is the key point! Try not to hurt anyone. We girls are all good, but failed for other people's happiness, Yes the old yeast of some of its unrequited feelings…

– Come on, be careful with him, with this our "Pinocchio" from the workshop. Better at all to him not come close, so, say Hello from afar, but not you dare handle wave your, because if our peasant women for this only hair can povydirat, then seniors-those at all rabid, can and in haryu acid spray.

– Not yet, more precisely, there was an attempt, but Claudia Matveevna managed to neutralize the girl with a biology textbook on the back of the head. Good no one saw, and the would could sue. We know how. Teacher disciple can nail hammer in the chest and at the same time you are obliged to observe neutrality and respect, but try a little louder to say something to the student-everything, you are already using violence, you are already dangerous to society and under no circumstances can no longer work at the school. The law is entirely on the side of the students, and they use it.

– And what to try, proceed!

So Alexander Soldown began to teach high school English. The first two weeks she mastered. The curriculum, the program, the team, the relationship with the students, who before that did not Shine with knowledge of English, then a couple of months no one led the subject and finally, instead of a window, there was an English lesson, which the students were "unspeakably happy".

Nevertheless, relationships were able to engage with pupils and with teachers are quite friendly. The students of Alexander is not much bothered with the job, and colleagues are not particularly sinkers themselves.

– Listen, Sasha,-turned to it as something teacher on biology Claudia Matveevna, – you already two weeks have us work, and we with you pleasantly and not chatted nor never. I have a window, if not busy, maybe for a Cup of tea?

Thus began the friendship between the biology teacher and the English teacher. And all would nothing, if would vseshkolnoe grain discord-Valery Stepanovich, not got hurt as something times during demonstrations before pupils another admirable pass "Golden hands", and simply put, not aptly trumped. Of course, in the workshop there was a bandage and disinfectants, but the bandaged finger had no chance to get around the attention of Alexandra Soldoni when the shop is clearly experiencing discomfort, tried crippled hand to put it in the tray first and second.

"What happened to your hand, Valery Stepanovich?" she asked with genuine interest, watching pityingly as the man struggled with the primitive task.