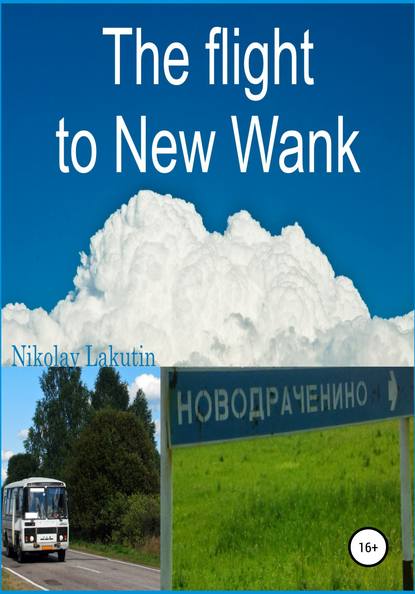 The fact is, dear friends, that this story is not interesting destination, which serves as a village in one of the real regions of Russia with an entertaining name, and not even randomly gathered companies of people heading to this area. It is curious how paradigms and destinies of each passenger of the Shuttle bus change in a short one and a half hour trip.

At the bus station of one of the cities of the Altai territory for twenty minutes was a small Shuttle bus. On the windshield of the bus was adorned with the inscription "Novodarino".

The bus driver was Smoking his fourth cigarette in those twenty minutes, standing at the open door, tired of long and frequent trips of the car, faithfully serving him for a good twelve years. There was only one passenger on the bus. A woman of about fifty. Driver, Stephen, several times throwing wary glances in her direction, and could not fail to notice her sadness.

Over the years of transportation Stepan met many views. A lot of joy, a lot of grief. Lost, happy, passionate, foggy, in love and hopeless, what views he has not seen enough of his career as a driver. Like this woman saw for the first time. Her sadness was something special. Usually people go to the bus, immediately sit down at the phone or open a book. On this route and a half hours, something to take time. Someone is sleeping, but mostly reading or sitting in gadgets. This woman had been staring out the window for twenty minutes without looking up. Maybe she didn't even blink, it was uncomfortable to look too openly in her direction.

– Thank God. How long till we leave? – out-of-breath voice asked a man of about thirty-five standing at the driver's door.

The driver calmly looked at him, made another puff and replied:

– How forty? Are you? I have to be there in an hour! – pleading and uncomprehending eyes exclaimed guy.

Stepan carefully looked at the guy, made one last drag and tossing the cigarette, said:

Anything you don't need to be there in an hour or in a minute stuffed full bus and the bus engine increase two turbines. But I'm leaning towards the first option, ' replied Stepan.

Look, I gosh Katz, heard? I never expected anyone. And I'm telling you, I need an hour to be there already, in this, your Tracenine. Let me deal with the passengers, and you with the turbines, or the wings there, at the bus, at your discretion. U agree? – went on the offensive guy.

– Elementarily. How much is a one-way ticket?

– Well here, I will pay the remained empty places, and the question is removed, how many there it is necessary to finish? – the guy looked into the bus and his enthusiasm diminished. There was only one woman in the back seat.

It means twenty-five seats and a capacity of forty-three, multiplied by one thousand three hundred… what's happening? – intricate turned driver.

Gosh got the smartphone, quickly there counted and summarized with a sad look:

Stepan never collected such sums for the flight. It sounded divine…

– Well, the time is coming again, and cheered the guy – drove?

– Are you willing to pay nearly sixty wooden crosses to come in this hole? Isn't it easier to take a taxi for two or three thousand? – discarding interests, paternal offered Stepan.

Gosh took out a wallet, counted eleven five thousandth notes and gave to the driver.

– Okay, jump, we'll deal with the money after. For an hour I can't promise that the route can accommodate half, but will try to catch, Stephen responded, nervously running the cab in an effort to get to the driver's door.

The guy in the two jumps I jumped in the bus.

– Oh…? Yes, there is still no one, and we were in a hurry – he heard a voice somewhere nearby, we'll do that outside of stand up, chat, what is there, in the sweltering heat to sit still naseema on the road.

A man and a woman put heavy bags directly on the ground at the open doors of the bus. At that moment the doors closed and the bus drove off.

The driver did not notice that the door stand two people, when rapidly pressed the gas, but when they heard the whistling and shouting, I looked in the right mirror. Two poor fellows desperately waved their hands, and something very emotional uttered their speech apparatus.

– Well, a couple of tickets down and you have two, already minus five – the driver winked at the guy and launched into the cabin of onlookers.

Two out of breath figures squeezed between the rows of seats and sank heavily into the empty seats.

– And I still do not understand, is that it? – asked the unknown who is Lyuba, the girl is quite young but plump too.

You why I left, the Parking time? – Nikolay who came with the girl addressed to the driver.

Stepan slyly appreciated in the rear view mirror saying to man about forty-five years, not too different complexion from the girl.

– So, where to put the people? The bus is Packed. Now I rest just next to wait, ' replied the helmsman.

The voice of Stepan rang out so confidently and specifically, that came a couple was taken aback. The woman at the window for the first time distracted from his thoughts and looked around the salon. Just carefully studied the eyes of the salon came a couple. Gosh just sat there with a smirk on my phone, not participating in the universal silent the misunderstanding.

– Do you understand anything? asked the burly man with the girl.

And I nope… – supported Nicholas, and you, woman, can you tell us what's going on?

Woman at the window shook her head and again stared off into the distance through the glass of the bus.

– You see the guy in the black jacket sitting next to you? the driver said to the misunderstood couple.

Those two are staring at the guy.

You know who? – the importance of asked Stepan.