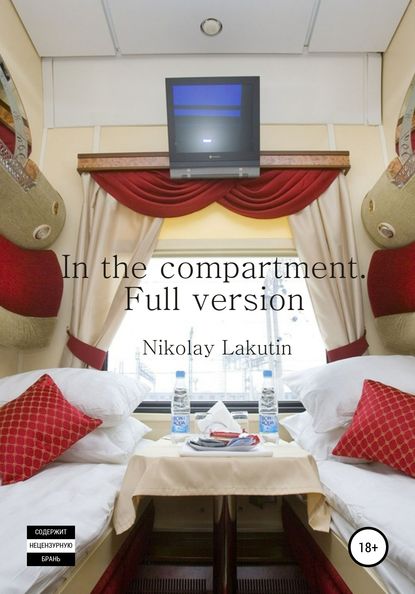 You never know where and with whom you are destined to meet. In fact, it is not so important, it is important to understand-why! And when this understanding comes-all that remains to do-to realize it in life…Содержит нецензурную брань.

On the scoreboard of the Krasnodar railway station the inscription:

"Flight 242S Adler-Novokuznetsk arrived on the 2nd way. The departure time of 22.49»

People hastily began to move to land. Nazar arrived to his car, when the conductor checked the ticket peredistijs men.

Adler-Novokuznetsk? he asked the guide.

"Yes, Hello, let me see what you have," said the guide.

Nazar held out the ticket, having familiarized with which the conductor is made:

– Yes, that's right, just our car. May I have your passport?

Nazar submitted his passport. The conductor checked the data with the ticket.

– Good evening, may I join you? – a nice soft tone greeted Nazar set in a coupe guys.

"Go ahead –" said the second man, who was sitting just on the bottom shelf, intended for a new companion, who quickly released the shelf by moving to a neighbor. On the top shelf someone slept, or pretended. Anyway, on the occasion of the celebration and celebration of the new neighbor, the passenger from the top shelf did not show himself.

– Why did you say lucky? Nazar turned to the merry fellow.

– Clear, and I'm not superstitious, I don't care, as long as the company pleasant the road was.

– Don't worry, a day or two will shake together, a conversation develops like, come on, what do to meet people? Peter – the man with a smile held out his hand.

– Nastya, all of a sudden from the top shelf came a voice, and extends a graceful maiden's hand for an awkward imitation of a strong man's handshake.

Raising his head, Nazar saw a pretty smiling girl's head with disheveled hair sticking out from under the blanket.

– Also going to Novosibirsk? she said with a pleasant smile.

– And we said "very nice" when they got to know, Oh Nazar Nazar, just appeared, and already making confusion and uncertainty in the ranks of the passengers. Everywhere double standards, that for country, – with feigned resentment shrugged it off Peter.

Nazar once again looked at Nastya, caught her fleeing smiling eyes. She immediately turned to the wall and continued to sleep. And Nazar seated sounded sitting in front of men:

– On the occasion of the truce offer fifty!

– Uh…"no, brother, you have offended us to the very heart. So only a hundred! Stas played along.

– No question, winked new neighbor, getting out of the exclusive bags is not a cheap bottle.

– Company… the evening ceases to be languid. Well, nastyuha, hold on, now apply stronger fall our shackles of timidity I… – slapping the palm of one hand on the fist of the other, it is clear describing the actions of a sexual nature, said Peter.

Hearing clapping She turned around from the shelf, and managed to see the gesture. Peter swiftly removed his hands behind his back, pretending that he had nothing and he isn't even said and done.

– Petya, native, and do I mind, – kindly and gently said Nastya, – of course, we can start now.

And he added, sharply changing the intonation:

Nazar quickly orientated himself in the situation:

Peter in despair jokingly and seriously at the same time appealed to the Stas:

– Stasyan, well! You're the only hope. Do not leave a friend in a difficult hour!

Nastya decided to take part in the fun too. She straightened her hair, put herself in order and, hanging from the top shelf, assessing the elite bottle, asked:

– So, guys, we're juicing and I fifty grams, I also want.