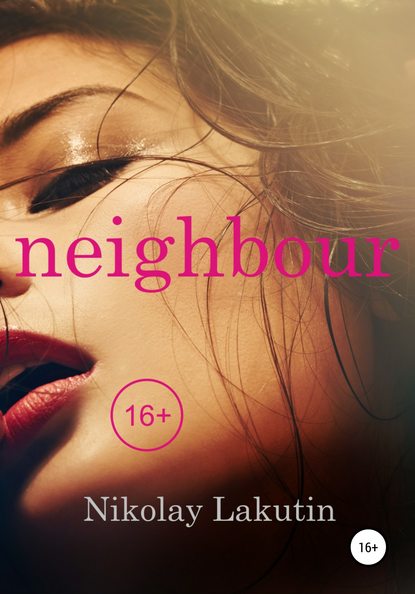 Have you ever met in your life a person who unobtrusively, carefully enters into personal space and then never returns from there… even if he doesn't know it. His name becomes identical with the word "necessity," not even " attachment." It gives a sea of positive emotions and colorful dreamy dreams, but there is another side of the coin!

Most often we meet in life templates, modules, copies, stamps. In a word – nothing interesting. Therefore, it is not surprising that among all this diversity of monotony we blunt vigilance and critical thinking about people, especially the opposite sex. However, this applies not only to people. This applies to their actions, their thoughts, desires, views on life, plans for life, goals and means to achieve them, if any.

We get the first disappointments, as a rule, not in adolescence and youth, because there people still somehow try to preserve their individuality. But when a person is fully immersed in a social grinder, then break out of it, the chances are very small. And we become like each other. Typical problems, the standard of care, standard of living. The model of disappointment.

But one day, one happy day, fate takes an unexpected turn…

– I'm a pretty nice girl. Or a woman. No, girl. Well, that's forty-two. I am beautiful, toned, in shape, take care of myself. I'll give any kid a head start. In General, I'm a girl! – flaunted in front of the mirror, Anya.

– Fans were the sea. Well, it may not be the sea, but it was. Yes they were. Well, say fans. Run… No, more like molested. The knights then present died out already five to six hundred as. And those were " the last of the Mohicans." Now courting a man is a couple of fresh phrases, like: "Hello, how are you?", "Would you like to meet you?"Then an hour in the cafe, because the more they are not enough. Listeners they are, and to speak plainly, not learned, and about. Only read one single thought – "how would you fast processing, and preferably not too expensive". Well, men… well, what to take with them. And here are the pals I meet. The main thing is so much pride in them, so highly appreciate themselves and carefully carry, where to go. Where not spit-you will get to the Prince.

Anya powdered her nose, straightened her skirt and went to the grocery store. This day was no different from most of the others. Gray masses of people, some sad news discussions, fake smiles. Someone congratulates someone on something. Someone is standing against the wall, buried in the gadget.

– Nothing interesting, except for purchases for me today, it seems, promises, thought Anya.

But suddenly, drew attention to the guy.

– Pretty. Worth, thinking of something. I'll walk.

– Not looking, parasite. Is that steel? Nothing. Now, I'll make the neckline looser, pull up the skirt.

In the course went the thighs and the hint of heels.

And now, when all hopes and kinds collapsed and not having to stand still for a moment, somewhere from behind he heard a pleasant voice:

– Ahh… so. Got you, darling. Dogs! But this light is not delivered. Alright, I'll let him enjoy a little, but we'll see, quickly sounded in the head, Ani.

You dropped something, here, take, ' said guy, holding out his keychain with the keys to the car.

– It seems, overdid it with your hips, need to was wag not so self – denial-flashed in anybody.

The guy was handsome.

The guy smiled modestly and went about his business without making any more sound.

– Hey, wait! Is that it? What, you don't even ask for the phone? – I wanted to shout after him. But the face was adorned with Holy simplicity. The mise-EN-scene to spoil it with no hands.

– A curious character got caught. They sell clothes over there, they must have mirrors. I'm gonna go see if there's anything wrong with me. Maybe the nose smeared with soot? Why he jumped? I don't recall that. Cute, bitch.

Anya walked over to the mirror.

No, soot. Quite a lady-candy. It's him. Contagious, handsome. All right.

The day went on as usual. Affairs-care, wheel of fortune and frustration, all as always. Few days later, Anna saw the same guy near her house, he spoke with a lady.

– .. so this, therefore, is the new neighbour – he realized Anya, Natasha, on the forty-fifth apartments said the man some comes up to the floor. We're neighbors with him now, too. Wondrously. What kind of MOP is that? Mom, maybe. No, kissing on the cheek as if it were not mom. Is that his girlfriend? Or don't you bring your wife?

– Wait. How old is he himself? Natasha said that the family comes for forty years. This that him forty that whether? Him? Forty? Him? He looks twenty-five…, six…, seven. Well, thirty… two… trio… not forty! Why do men age so clearly said, Anya – Oh, cute, an infection.

Meanwhile, a new neighbor passed by.

"Hello," releasing a low reverence and devotion, she answered.

He passed without asking a single question.

– I'm wearing the same clothes I wore when we met. He couldn't help but recognize me. People like me don't forget. Something is clearly wrong with him. Okay, whatever. Not like the Brest fortress took – originated evil plan of Ani in the head.

A nice guy really turned out to be a new neighbor. From that moment on, their meetings became inevitable. One of which happened the other morning.

– Welcome, – said at the meeting, a neighbor and passed on.

He's kidding! – revolted the feelings of Ani – so it will not work.

"Excuse me, please," she said, with far – reaching intentions.

Guy turned his the entire in attention.

– I wanted to clarify, as we did, the neighbors?

I stopped by recently, not yet had time to meet everyone. But it seems.

– Anya! – I extend my hand like a man, and a lady introduced herself.

– Kostya, we are, gently touching her hand, he introduced himself, politely smiled and then again going on the run.

– I'm from the fifties, shouted after Anna.

– So, we live on the same landing. I stopped at fifty-three.