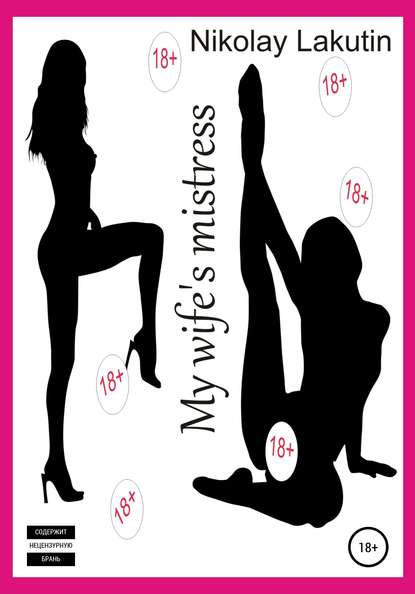 If someone had told me that after seven years of marriage, I would think about such radical changes in my life, I would never have believed it. But if someone told me that I would not just think, but also take a number of actions – I would give that in the face! Well, that someone saved the Lord from an unfair slap in the face…Содержит нецензурную брань.

– I ran until the evening – leaving for work, Maxim shouted to his wife, closing the door behind him.

Good day, dear, – said Irina came out of the bath, but found that the answer she went to the void. And she expected at least a kiss.

Passion in the relationship between Irina and Maxim faded the next year after marriage. The birth of the first child was marked only by the widening of the gap between them. Relations were not those, however, boast good care of yourself Irina could from the beginning.

– He's good, always trying to make money, take some hack, all in the house, all in the family. Building a cottage, the apartment, everything is there, she said to her friends, but they just nodded, seeing that everything is not so smoothly Irina, because her arguments sounded like an excuse. Even the girlfriend knew what a family life. The happiness, which once dreamed of each of them, came to life in snatches. The moment of Dating, the moments of the first courtship, but at first everything is normal, but then… the birth of a child and his smile, these are almost the basics for which women are willing to tolerate and accept many. But happiness… it thus remains somewhere there, like a joke. The man bought a pie with rice, took a bite once empty, thought nedopil. Took a bite the second time-empty-thought-had a snack. Here and in the family as well. If he was anywhere near that rice, it was between the bites. And maybe it was not at all, but so I want to believe that still was…

In the company where Irina worked, not so long ago took a new employee-the inspector in the audit Department. This girl's name was Natalia. She just turned thirty-one years old. Style she adhered to strict, but this is understandable, the position required, and in communication was easy. For six months of work, no one has learned anything concrete about it. Knew that moved to the city many years ago that housing removes, about personal life did not extend, girlfriends at work did not aspire to get. Tried to get her to speak with you, "colleagues", but was not satisfying the curiosity response:

– At me on the personal front everything is all right.

And abandoned the idea. Of course, this is tormented when everyone knows about each other, and then there is a person in the team, shrouded in mystery, not wanting to reveal this secret. But what can you do, not to torture her… in the first months of work.

– It works as it should, get off her already girls, summed up HR employee once during lunch.

And here, once again pausing at work, Irina came home, but remembered that I forgot to archive the phone. She again went to the long empty corridor and heard a whisper behind the stairs:

– Honey, I asked you to call me at work only in a pinch. Yes, I'm still here. Yes, circumstances, but I'll be out in five minutes. I missed you. Can I get you something? Yeah, I'm running out of tampons, too. I'll get a spare for you and me. Do you want something delicious? I'll take it. Take care, see you soon.

What was the astonishment of Irene, when the stairs seemed to Natalia.

– Sorry, I not specifically, – tried to rehabilitate Irina.

– Listen, IR, at my last job, I was in a lot of trouble when they found out I liked girls. And you have here, too, pits of to wash like, I have observed. I really don't want history to repeat itself.

– So embarrassing, I forgot the phone, so decided to return.

– So we have an agreement? – pleadingly looked to Natalia.

On this they have diverged.

– Well Mikhalych – addressed to Maxim a colleague, when fishing, shall we go? Or the wife will not let go? Again without you fish.

Men at work bad guffawed with laughter with a sneer.

– What kind of man you got there? – Maxim teased another scoffer, Slavik.

The men again broke out in cheerful laughter.

– Well, you – waved Maxim – confident people are not judged.

– So, seriously, come with us this Saturday – he suggested the Basil.

Men began to disperse after a regular smoke break.

– Hey, how are things with your wife? – the colleague Oleg asked, having remained with Maxim one on one.

– Well, you're a long time live together?

– Seven years married, and before that almost a year met.

Well, here I am already with my Daw almost ten rewind. And personal life year three already, perhaps, there is no. So, I wonder, I have one of these or so at all, over the years lost interest.

– No, I'm fine, I'm fine. Today, for example, or rather yesterday. Came, had dinner, watched telly, then the children laid to sleep, do her in quickly and on the side, and in the morning me Breakfast in bed, but not scrambled some, and pancakes with condensed milk, coffee. Deserved, of course. I eat my Breakfast, the wife in the side, gives me a break, she realizes that the dripping man on the brain is a dangerous business. Leaves, that she to do something will. So I'm all good in that regard.

Oleg showed a photo of a young naked girl.