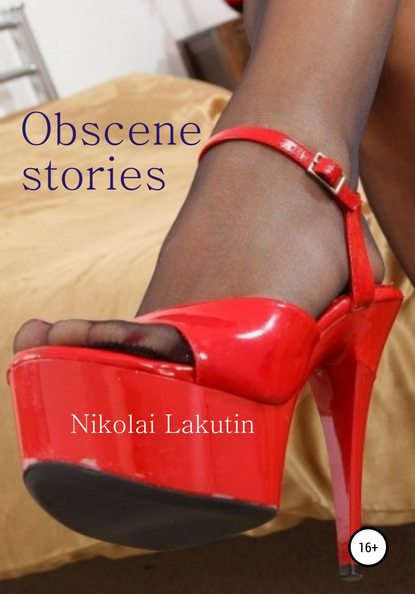 You've probably heard the expression that every person is a whole world. But few people know what it means. Indeed, there are so many people, so many opinions, so many views on life, so many ideas about what it is. Expand these ideas, do not stop there, your world will only expand and unfold in a new, unprecedented light and scale.

– What do you think is in my soul now? Joy, admiration or satisfaction from the result? – how would asked a burning look and a bewitching curve smile through the closed lips for a long time not a young man a little less than sixty years, a pleasant appearance of well-groomed appearance…

You're wrong.... In my soul hate and anger… sounded iron voice …

This story began in the last century, but laid a solid Foundation for many years to come…

– Where are you from here? – with great surprise said my old friend from childhood.

– Yes, glad to see, here, the Manager came to be employed on vacancy on interview with Mikhail Sergeyevich, and you what here?

– Work? Great, and I run this firm, so Mikhail Sergeyevich's in front of you. Come in, tell me how and what you live.

Of course, I was extremely uncomfortable to communicate with the position of a subordinate– the Director with his former friend, whom I continually bullied in kindergarten, later in primary school, and later just in the yard skirmishes. I constantly made fun of him, often offended and framed to the best of my ability, and now, after almost twenty years, come to him with a drooping head.

– Well what to tell, after I was transferred to another school, everything somehow went wrong. While poured into a new team – started his studies, even if it was almost left for the second year. Later caught up, but after the ninth grade went to the technician, then in absentia five years in the trade, well, a little work had time there here. Something like that. I'm looking for a place to hide. Okay, what, I'll probably go.

– Wait, wait, so let's get you a job with us, we need people now. What position did you want us in?

– Look, we are expanding, we desperately need additional staff in the office to negotiate with customers, sometimes, however, you need to go, but mostly work here. The money agree, but otherwise, I think everything will be OK?

Yes, business was my old friend, the Bear, needless to say, still not gone.

I worked for several months as a Manager, Bear never gave me a reason to regret the enrollment in the ranks of the company. Job responsibilities of the negotiations and the expansion of the customer base I regularly performed, in view of this has been steadily my development and formation as a specialist, respectively, and earnings also grew. Where it was not clear to me Mishka explained, corrected my actions and provided all possible support in difficult negotiations.

– You do not answer directly when you poke his nose in the gaps of our products, go to answer, citing the worse the performance of competitors. Always try to be polite and wear a nice good-natured mask on your face, even when you are trampled into the dirt. Your confidence and calm attitude to the negative, most partners will appreciate and give us access to new areas of interest. Don't fuss, don't argue and don't enter the conflicts, always let's speak to the opponent, support him and on-humanly agree, only after that so, casually let him understand that without us it will be worse, – my head spoke to me, and I did everything exactly so.

Even a little strange that the person I bullied as a child – me, and not revenge, for example.

Well, apparently he's smart enough not to drag in past childhood at the present time, and indeed, why would he ridicule me when I bring him a larger and larger profit… – answered the question myself.

The case went to the mountain. I sharpened my tongue, got angry, acquired connections, and in parallel with the property expressed in monetary terms and not the smallest equivalent. Having headed the direction, after several years of hard work, the level of negotiations has changed. Began to appear other connections, other money, other things. My former leader headed the regions, and I took over the city. Transactions have become even more interesting in financial terms, and did not want to miss them at all. To get the desired result, I had to lie, and lie confidently, with pressure, with conviction, with a sense of uniqueness of the personality that God pardoned the opponent as gifts to my face, and now he is simply obliged to make his choice in favor of the imposed side.

And then came the happy moment when all the work for me began to do subordinates. I just had to adjust, direct and stimulate my employees. And sitting in a large spacious office in the company of a lonely glass of expensive wine, I began to increasingly come to an unpleasant conclusion:

– At the time of my admission to the company I had a family, friends and parents. My parents died a long time ago, my wife could not stand my outside relationship, which at some point was just a necessary link in the way of not so much career as financial ladder, and left with the children. My friends stopped calling me long ago because they felt lost interest on my part, because I went to work with my head. And that in end. Prestigious job? A good profit? A worthy place in the social environment? Yes, I persistently aspired to well-being and own development, but it seems that development on any step failed and went not in that party. Hell, I wish my former boss took revenge on me for blackened childhood, substituting for money. After all, this opportunity was given more than once, it would be better if he humiliated me in public, spoiled my career and would discourage the desire once and for all to meddle in the sphere of sales, it would be better if he did it with me all together than created me the way I am now.

Friends, what I wanted to say with this story. When I from my childhood was in adolescence, the profession of Manager was just beginning to appear. In General, the word itself, the Manager sounded proud. We searched dictionaries in search of the truth, what this profession is, and it seemed to us, dug up to it. Manager-Manager, a person managing any process, managing a group of persons. It can be a Director, business owner, respected, awarded the title of person. Today, the Manager is nothing more than a class of people, so to speak – a layer of society that specializes in the ability to hypocrite, the ability to present everything as it should see it all the person working with the Manager. Most often it is the sphere of sales at different levels. This position-Manager, today is probably the most popular and in demand. And it seems to sound beautiful, and the level of wages in this position is not the lowest, and sometimes almost the highest, and the activity as such is a mental activity, which, in General, should please. But I am personally saddened by the fact that today's concept of Manager very closely borders on the concept of hypocrite, and one without the other almost can not exist. We have raised a whole class of people who lie to our eyes with a friendly smile, pushing us to buy a particular product or to make a deal for which we will eventually pay either unjustified financial costs or health, which is even worse. So tell me where in the current situation of injection and filling the domestic market of the country with today's managers there is a place for such things as honesty, respect, help, dignity and honor!

Quiet bachelor "den". Misty morning. Turned on a few days ago, the TV is still in a low voice threshing from the screen some public dregs.

– Probably, at some moment of life we are all faced with the problem… although, not necessarily the problem… say, the task is to find the second half… it Seems that this moment has come and I, ' thought the young man, reluctantly he opened his eyes.

So what do you want to do? To contact friends to set me up with someone from his entourage – or not. All of a sudden I four-thread screw it up, and I will certainly not once, don't want anybody to have then over me to blush, apologize. Yes, and delve into the details of my personal life friends to anything, because the girls love to chat with friends, discussing themselves and their guys, I such a glory to anything, whatever it was. So, this option – past. Wander in the evening on the embankments, or parks in search of a lonely lonely pretty girl – nonsense. The girls do not go there alone, even if they themselves set the task to find a guy. And attracting the kind of loud laughter outrageous behavior only alienate single guys. In public places, laughing and rejoicing, and in the evening in silence crying that no one came up to them. Yeah.... No, to wander, to seek and grab the hand that's not mine. There remains one option-the Internet. For such as I developed a huge number of Dating sites, various applications of the desired nature, and just forums and blogs, where you can easily find a girlfriend. Proceed, finally, took himself in hand, he ordered the guy.

Hastily having had Breakfast, and having put himself in order by means of a shower, he came on the website.

"Registration,everything. How to choose a photo? And what I, exactly, want? More precisely, what I would like to find here a girl. Perhaps, serene and stable in family life. Then the picture should be put brutal, so that it was immediately clear that I was like a stone wall, cold, scared and hopeless. All right, jokes aside. I would be boring with peace. We'll spend our whole lives sitting on chairs in front of each other in silent silence, stretching for eternity. Better look for perky, cheerful, then the picture is better to put agranenko provoking to start a conversation with me with any padevogo issue. But with other hand, merry and mischievous I keep hardly will be able. So to look for something in between. Okay, I'll upload a neutral photo with some kind of PostScript, like, "I'm looking! I do! I can!"what I meant, let everyone thinks in their own eyes, but you'll see what I need, and then just going to weed out the fit me".

Designing in a simple design program the right avatar, and voted for an impressive number of girls on the site, the guy through the network told the world about himself. But total immersion was distracted by a call from work. A few words about the work:

"Sranenkoe the "maxima" company in which I worked, has never been respectful to their employees. On a day off, they call on all sorts of stuff. Ask where you can find how, what and where to send it, where on some pieces of paper to celebrate. It's hard to work in a society of jerks who constantly bother at work with their empty chatter, and begin to Shine especially with their stupidity at the time of my non-working shifts. Okay, at least they pay properly, but in General they could pay extra for calls on weekends."