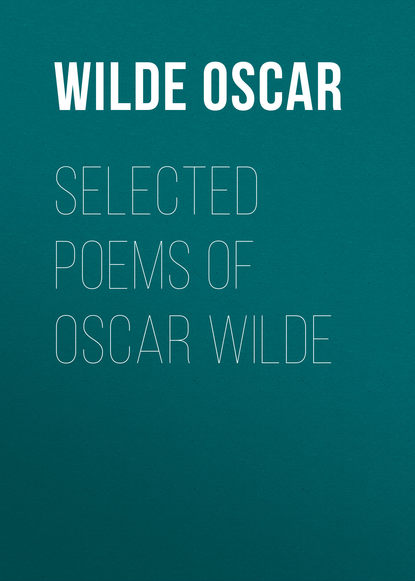 It is thought that a selection from Oscar Wilde’s early verses may be of interest to a large public at present familiar only with the always popular Ballad of Reading Gaol, also included in this volume. The poems were first collected by their author when he was twenty-sex years old, and though never, until recently, well received by the critics, have survived the test of NINE editions. Readers will be able to make for themselves the obvious and striking contrasts between these first and last phases of Oscar Wilde’s literary activity. The intervening period was devoted almost entirely to dramas, prose, fiction, essays, and criticism.

At the end of the complete text will be found a shorter version based on the original draft of the poem. This is included for the benefit of reciters and their audiences who have found the entire poem too long for declamation. I have tried to obviate a difficulty, without officiously exercising the ungrateful prerogatives of a literary executor, by falling back on a text which represents the author’s first scheme for a poem – never intended of course for recitation.

THE BALLAD OF READING GAOL

He did not wear his scarlet coat,
For blood and wine are red,
And blood and wine were on his hands
When they found him with the dead,
The poor dead woman whom he loved,
And murdered in her bed.

He walked amongst the Trial Men
In a suit of shabby grey;
A cricket cap was on his head,
And his step seemed light and gay;
But I never saw a man who looked
So wistfully at the day.

I never saw a man who looked
With such a wistful eye
Upon that little tent of blue
Which prisoners call the sky,
And at every drifting cloud that went
With sails of silver by.

I walked, with other souls in pain,
Within another ring,
And was wondering if the man had done
A great or little thing,
When a voice behind me whispered low,
‘That fellow’s got to swing.’

Dear Christ! the very prison walls
Suddenly seemed to reel,
And the sky above my head became
Like a casque of scorching steel;
And, though I was a soul in pain,
My pain I could not feel.

I only knew what hunted thought
Quickened his step, and why
He looked upon the garish day
With such a wistful eye;
The man had killed the thing he loved,
And so he had to die.

Yet each man kills the thing he loves,
By each let this be heard,
Some do it with a bitter look,
Some with a flattering word,
The coward does it with a kiss,
The brave man with a sword!

Some love too little, some too long,
Some sell, and others buy;
Some do the deed with many tears,