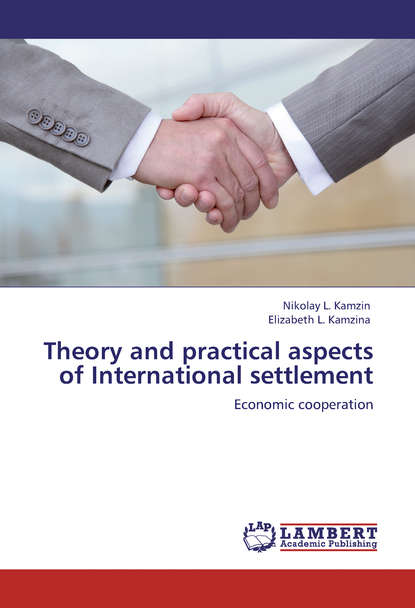 As part of the dynamics of international economic cooperation by the need for mutual settlement operations, so the problem of organization of settlements is an important place for the economically active subjects, especially in a globalized economic space in the functioning of transnational structures and scale of the export, import and international financial transactions. In agreeing on the order of calculations, the participants determined the form of payment in order to fulfill the financial obligations of the agreement – regulated by means of voluntary compliance through a credit institution liabilities, characterized by specific features on the order of transfer of funds to the account, a certain kind of settlement document, as well as office procedures. The source of payment relations is the need to have one contractor expressed in the appropriate disposition, the other in shortage. This relationship gives rise as a consequence of the relationship with the lending institution. Need to accession will intensify in the subjects of international payment relationship.

Within world economy the dynamic of international economic globalization enables the participants the need for mutual settlement operations, so the problem of organization of settlements is one of the main places for economically active subjects, “экономического человека”[1 - Автономов В.С. Модель человека в экономической науке. – СПб.: Экономическая школа. 1998. – 230 с.], in the worlds of В.С. Автономова and system related structural independence[2 - Ван-Хуз Д.Д. Миллер Р.Л. Современные деньги и банковское дело. – М.: ИНФРА-М. 2000. – C. 800.], than highlights relevance of the topic of research. Especially in a globalized economic space, in the function of transnational structures and scale of their export-import operation and international financial transactions.

The object of this research is international economic relations in aspects of realization mutual transnational financial commitment, international settlements. The level of economic relations has evolved to the point that the mail problem is the reduction of mutual accounts, and this is actually for the subject belonging to the same financial structure, in which, despite the outward unity is constantly being “constructive” talks on how to conduct joint activities and joint projects in the global economy in view of cross-border commercial transactions.

The object of this research is the economic substance of the payment and settlement operations in foreign-economy activity at the present stage of globalization world economic space.

The achievement of this goal is to solve the following problems:

– research of evolution of the global monetary system as a factor in the development of international monetary and financial relation;

– identification of risks arising from the international settlement realization, and ways to minimize them;

– research payment in foreign-economy activity at the present stage;

– define the role of banks in international transactions;

– problem and prospects of international settlements evolution in exports and imports of goods and services in context of globalization.

Also was used legislation in the field of banking regulation and regulation of foreign trade, official statistical publications of international organization (IMF, WTO), the states, international banks and institutions.

The solutions of these problems in the research performed with a single methodological position, the basis of the research were scientific methods of research: logical, comparative, normative, comprehensive, systematic, specific theoretical approach: an ascent from the abstract to the concrete[3 - Яскевич Я.С. Методология и этика в современной науке: поиск открытой рациональности. – Минск: БГЭУ. 2007. – С. 33.].

In the research were analyzed the practically important problems of the organization of mutual settlements carried out as subjects of international economic cooperation, formulated and justified the following conclusions are brought to the protection of:

– the monetary system at the international level through agreements regulated by sovereigns is the base mechanism of international payments as well as calculations and rates of foreign trade contracts are made in a particular currency, the financial unit;

– the essential of international settlements is that they are a mechanism for balancing the mutual financial obligations arising from international economic co-participants in trade and financial relations;

– a form of international settlements is a way of execution, implementation clearing house, it gradation arises because of the presence aspect of distrust and almost significant risks that require consideration in the implementation of financial obligation, especially relevant on a global scale due to the global interest;

– statements of account relationships are credit institutions, in view of their participation estimated relationship becomes a superstructure of the principal obligation of counterparties;

– justification of our expectations is a source of complacency, but because of multidirectional activity of other subject and expectations are subject to external factors and adjustments required for balancing a set of obstacles in a broad sense, registration and insurance risks;

– principal conductor and the subjects of international payments are the multinational corporations and banks. They concentrate in the hands of capital, scientific potential, technology, and at the same time seeking to monopolize the world's resources. Impact of their activities is extremely contradictory: generate both opportunities and challenges for the global economy;

– the most liquid assets and liabilities – payments on exports of goods and services account for an ever smaller part of the global assets and liabilities, where the crucial role played by various operations with financial instruments, as a result, periodic imbalances of international payments;

The processes of globalization of the economy attracted attention because they are not yet sufficiently studied and evaluated in the aspect of the possible consequences for the international community, individual countries with different levels of economic development and to direct participants in foreign economic activity. These processes can spin out of control and destabilize the system of international payments.

At the present stage of globalization it is evident that their accounting in order to enhance economic efficiency and to counter the negative effects of a globalizing economy. The study of processes of globalization, especially in the financial field and the field of International Settlements has a scientific and practical importance for the optimization strategy, the structure of exports, imports, these processes are as objective reality, it is important to establish benchmarks of economic development to take advantage of the inevitable closer integration into the global economy.

The practical significance of research results is the following: made in the thesis work of analysis of the estimated relationship can reveal the inner essence of the organization of settlement in international economic cooperation. It is directly related to the subjective goals of the payment and settlement operations and reputation of the party of economic relations, that is, the quality of the most valuable intangible asset subject of international business relations.

International settlements, however, like any other public relations can be considered through different prisms. For a private person, rarely enters into these relations, it can be very difficult, undesirable, and forced interaction with contractors and other persons. For institutional entity, an entrepreneur risky, but technologically necessary for business operation. For the sovereign public entities is a way of maintaining the socio-economic balance in the world[6 - Камзин Н.Л., Камзина Е.Л. Организация расчетов в международном экономическом сотрудничестве. Saarbrücken: LAP LAMBERT Academic Publishing. 2011. – С.9.].

International settlements is a part of monetary and financial relations

1.1. The evolution of the global monetary system as a factor development of the international monetary and financial relations

Monetary and financial system is a necessary step to promote international trade in goods, financial instruments and the movement of factors of production. It consists of two elements. Currency components of the system is the national currency, the terms of their mutual convertibility and circulation, exchange rate parity, exchange rates and national and international mechanisms of its regulation.

Financial elements of the system are the international financial markets and trading mechanisms to specific financial instruments – currency, securities, and loans.

International financing mechanisms are key elements of macroeconomic adjustment, which is carried out in the country's open economy.

Currency is divided according to its membership to:

– the national currency – legal tender in the issuing of countries;

– foreign currency – legal tender in other countries, used in that country.

Classifications can be varied for different characters, in order to achieve the objectives of the study relevant is the following: reserve currency – the currency in which the state held its liquid international reserves used to cover the negative balance of payments.

Generally accepted in the world currency, which is accumulated by central banks in foreign exchange reserves. It serves as an investment asset, is a method of determining the exchange parity used as a tool of foreign exchange intervention, if necessary, as well as for the central bank for international settlements.

The most important characteristic is the degree of currency convertibility them – the ability of residents and non-free and unrestricted exchange and use in transactions with real financial assets.

From the standpoint of balance of payments is convertible for current transactions, capital transactions and complete, and in terms of residents – domestic and foreign.