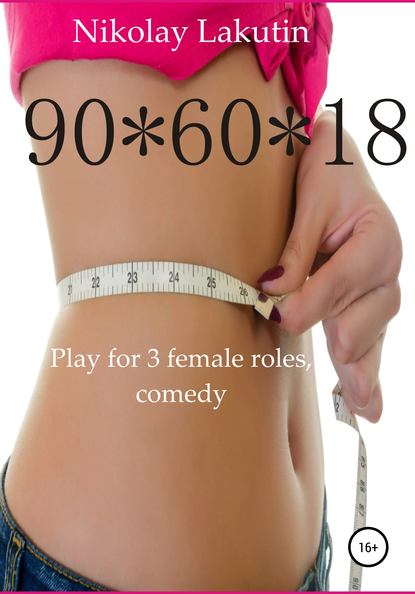 Three epochs converged at one point. Grandmother, mother and daughter each live their own canons, but at the same time try to get along in the same apartment, which inevitably generates squabbles. They sometimes quarrel by pulling each other's hair, but at the same time they love each other very much, appreciate, respect and support in every possible way! Against the background of their "measured life", they reveal the background of many fried topics for the viewer.

Cozy home environment. Three ladies live in the apartment, and this is felt throughout. And in the flowers on the windowsill and in the ruffles on the curtains and in the capes on the chairs, tablecloths, decorations. But most of all it is visible in the many piles of things, neatly and not too neatly stacked throughout the living room.

Iya enters the room in a tight sports outfit for fitness, with a towel on her shoulder. She's upbeat, excited. In her hand is a measuring tape, which she puts on the table. He wipes the sweat from his brow with a towel and casually throws the towel somewhere on the sofa. She takes a measuring tape, stands complacently in front of a large mirror, looks at herself, strokes her stomach with her hands, strokes her buttocks, assumes, as it seems to her, a sexual pose, admires herself.

IYA (in a businesslike tone): So! Let's get started!

Takes a measuring tape, goes to the mirror, measures the lower part, the area of the soft spot.

An even more or less robust old woman, Evdokia, slowly steps into the room, leaning on a crutch. She watches her granddaughter grimace in front of the mirror. Slowly, silently, she moves to the sofa, picks up the towel that Eeyah has thrown there, and goes to her granddaughter. Her granddaughter doesn't see her.

The soft spot of AI is overtaken by a strong blow with a towel from Evdokia.

OYA pulls herself together and turns around.

IYA (with an exasperated cry): Grandma! What are you doing?

EUDOXIA: I what? What are you doing? The towel is wet on the sofa. Do you think it will dry out there?

IYA (with an annoyed cry): Yes, I put it there for a minute, now I was going to measure the results of my efforts and hang it up to dry!

IYA (in a malicious tone): Yes! I was going to do it right now. And the tunic over there is not mine at all, my mother threw it, and ask her!

EVDOKIA: Iya, granddaughter, well, you can't be like this… such… how would you like it to be softer…

EVDOKIA (on the nerves) Yes, an arsehole, for God's sake, what's the point of being so refined? Look what the house and mother have turned into! There is nowhere to sit, everything is covered with clothes! Rags!

IYA: Yes, grandma! I am still not ninety years old and my name, thank God, is not Evdokia! Do you want your mother and I to dress like you? One shawl for all occasions!!!

EVDOKIA (on the nerves) I don't understand why you don't like my name. Well, Evdokia. A very honourable name… it was.

IYA: it was! That was it. Then sometime then… maybe it was customary to wear one gray skirt and one white blouse all your life. And now the time is different! You have to put up with it, at last! Many things are a necessity for a modern girl! And nothing they do not lie around the house, and neatly lie. I need it all and I need it right where it is!

EUDOXIA (on the nerves) My mother is the same. I gave birth to her at thirty, I couldn't get pregnant for a long time, and she had fun until forty, that's the result!

AURORA (from behind the scenes): Up to forty-two!

An elegant and precocious-looking Aurora enters the room defiling. She takes the measuring tape from her daughter and also stands in front of the mirror, measuring her self-esteem.

Iya nervously grabs her jeans and blouse and leaves the living room.

EVDOKIA: OH…, another beauty has appeared in our pearl Kingdom. Here, look, Aurora, (throws up her hands) what you have turned the house with your daughter into. It's not a house, it's a warehouse! And in the bathroom? You can't turn around there. Five hundred tubes, seven hundred vials, four hundred bottles… That one that another!!! Only one man on the mind! Well, who are you doing all this for, what are you wasting your life on? Don't you have enough sense for anything else?

AURORA: (taking measurements, walking calmly around the room): Is everything all right?

EUDOXIA: (calmly) No. You know what else I wanted…

Grandmother completely unobtrusively approaches her daughter, as if in the ear of a secret wants to say something.

Aurora leans over to mom and gets a left hook with a towel on the causal spot.

AURORA: Mom, you don't change. The years go by, and wisdom is not added. I'm not your girl anymore, so with me…

EVDOKIA: (calmly) You are always a girl to me. Put away your tunic, (pointing to a chair) beauty.

Aurora pompously puts the measuring tape on the table, picks up her tunic, and leaves with it.

Grandma looks around. No one is left in the living room but her. Takes a measuring tape, goes to the mirror, begins to measure its parameters with an intricate sly look, evoking a song.