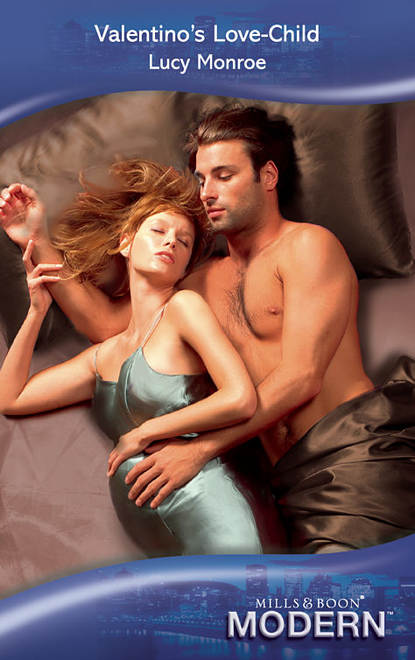 Step into a world of sophistication and glamour, where sinfully seductive heroes await you in luxurious international locations.Under the Sicilian sun,Valentino’s mistress tempts him like no other Their relationship is scorching, its intensity unmatched, the desire indescribable… Only love can never be mentioned. But his stunning, intriguing American lover is testing his resolve.He said he’d never marry again. His principles won’t allow it. The one person to tame the untameable Valentino is the woman now carrying his child…

“I’m not talking about sex.”

He turned her to face him and lowered his head so his lips hovered above hers. “Let’s not talk at all.”

Then he kissed her. He would show her that they were too right together to dismiss their relationship because it wasn’t packaged in orange blossoms and meters of white tulle.

She fought her own response. He could feel the tension in her, knew she wanted to resist, but as much as she might want to she was as much a slave to their mutual attraction as he. Her body knew where it belonged. In his arms.

But her brain was too active and she tore her lips from his. “No, Tino.”

“Do not say no. Say rather, Make love to me,Tino. This is what I wish to hear.”

Lucy Monroe started reading at the age of four. After going through the children’s books at home, she was caught by her mother reading adult novels pilfered from the higher shelves on the bookcase…

Alas, it was nine years before she got her hands on a Mills & Boon® romance her older sister had brought home. She loves to create the strong alpha males and independent women that people Mills & Boon® books. When she’s not immersed in a romance novel (whether reading or writing it), she enjoys travel with her family, having tea with the neighbours, gardening, and visits from her numerous nieces and nephews.

Lucy loves to hear from readers. E-mail her at [email protected] or visit her website: www.LucyMonroe.com

VALENTINO GRISAFI brushed a silky auburn curl away from where it blocked his view of his sleeping mistress’s face.

Mistress. An old-fashioned word for a very modern woman. Faith Williams would not appreciate the label. Were he to be foolish enough to use it within her hearing, she would no doubt let him know it too. His carina americana was no wilting flower.

Pretty American. Now, that suited her. But if he should let on he thought of her like a mistress? Ai-yi-yi.

Eyes the blue of a peacock feather would snap with temper while she lectured him on how inappropriate the term was. And he supposed she would have a point. He did not pay her bills. He did not buy her clothes. No matter how many hours they spent together here, she did not live in his Marsala apartment. She did not rely on him for anything but his company.

So, not his mistress. But not his girlfriend, either. Long-term commitment and love had no place between them. Theirs was a purely physical relationship, the duration and depth of which was dictated purely by convenience. Mostly his. Not that Faith had nothing to say in the matter.

She could walk away as easily as he and had no more incentive to make time in her schedule for him than vice versa. Luckily for them both, the relationship— such that it was—worked for each of them.

Perhaps they were friends also and he did not regret it, but that had come after. After he had discovered the way her sweet, curvaceous body responded to the slightest touch of his. After kisses that melted his brain and her resistance. After he had learned how much pleasure he could find basking in her generous sensuality, once unleashed.

The sex between them was phenomenal.

Which was no doubt why he could already feel the loss of the coming weeks.

Tracing her perfect oval features he leaned close to her ear. “Carina, you must wake.”

Her nose wrinkled and the luscious bow of her mouth twisted into a moue of denial, her exotically colored eyes remaining stubbornly closed. Her recently sated body not moving so much as a centimeter from its usual post-coital curled position.

“If you’d come to my apartment, I could stay in bed sleeping while you had to get dressed and leave,” she grumbled into the pillow.

“Most nights, I leave as well, carina. You know this.” He liked to have breakfast with Giosue. His eight-year-old son was the light of Valentino’s life. “Besides, I am not waking you up to go. We need to talk.”

Faith’s eyelids fluttered, but her mouth did not slip from its downward arch.

That had her sitting up and staring at him with grumpy startlement, the tangerine, supersilky, Egyptian cotton sheet she’d insisted he use on his bed clutched to her chest. “Sane people do not find cranky attractive, Tino.”

Biting back a smile, he shrugged. “What can I say? I am different. Or perhaps it is you. I do not recall finding any of my other amantes so cute when they were irritable.”

He did not like using the word lover, but knew better than to refer to her as the equally ill-fitting title of mistress. And she had already cut him off at the knees for referring to her once as a bed partner. She said if he wanted to use such a clinical term, he should consider getting an anatomically accurate blow-up doll.

Why these thoughts were plaguing him tonight, he did not know. Defining her place in his life was not something he spent time doing, nor was he overly fond of labels. So why so preoccupied with them tonight?

“I have no interest in hearing about your past conquests Signor Grisafi.” Now she really looked out of sorts, her eyes starting to flash with temper.

“I apologize. But you know I was hardly an untried boy when we met.” He had already loved and lost a wife, not to mention the women who had warmed his cold bed after.

He and Faith had been together for a year, longer than he had been with any other woman since the death of his beloved Renata. But that hardly altered his past.

“Neither of us were virgins, but it’s bad form to discuss past relationships while in bed with your current lover.”

“You are so worried about following protocols, too,” he mocked.

He had never known someone less concerned with appearance and social niceties. His carina americana was the quintessential free spirit.

A small smile teased her lips at that. “Maybe not, but this is one social norm I’m one hundred percent behind.”

“Good.” She curled up to him, snuggling against his chest, her hand resting casually on his upper thigh and causing no small reaction in his nether regions. “You said you didn’t wake me up to send me on my way?”

She cocked her head to one side. “What about?”

He couldn’t help himself. He leaned down and kissed the tip of her straight nose. “You really are adorable when you first wake up.”