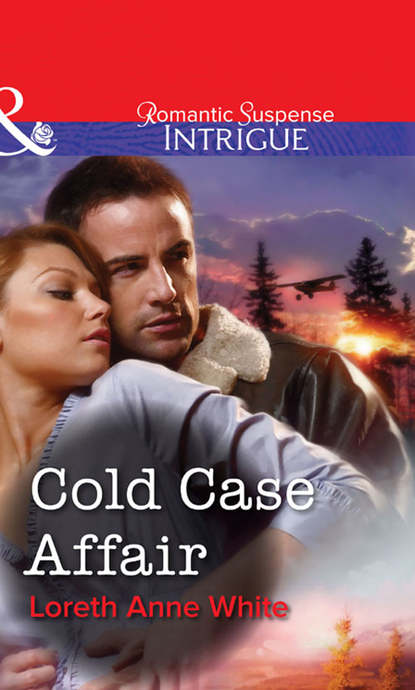 LORETH ANNE WHITE was born and raised in southern Africa, but now lives in Whistler, a ski resort in the moody british Columbian Coast Mountain range. It’s a place of vast wilderness, larger-than-life characters, epic adventure, and romance—the perfect place to escape reality. It’s no wonder she was inspired to abandon a sixteen-year career as a journalist to escape into a world of romantic fiction filled with dangerous men and adventurous women.

When she’s not writing you will find her long-distance running, biking or skiing on the trails, and generally trying to avoid the bears—albeit not very successfully.

She calls this work, because it’s when the best ideas come. For a peek into her world visit her website, www.lorethannewhite.com. She’d love to hear from you.

How far would you go to keep a secret? Are some secrets better left buried, or does truth liberate, always? And at what point, exactly, does a secret between two people who care for each other start becoming a lie by omission?

These are questions my heroine, Muirinn O’Donnell, must confront when she returns to her childhood home, where the secret of her father’s murder—and her grandfather’s death—lies buried deep in an abandoned mine, and in the psyche of a small Alaskan coastal town.

To find the truth, she has no choice but to turn to Jett Rutledge, the man she has always loved, but couldn’t have. And in unearthing the dark and terrible truths of their shared past, Muirinn and Jett must in turn reveal their own deep secrets—secrets that both bind and divide—and fight for a second chance.

But will a killer give them time?

For Toni Anderson, who is always ready to meet me at the water cooler on days both good and bad. To Susan Litman, for keeping that bar raised. And to Jennifer Jackson for believing in me.

Seven hundred fifty feet under the Alaskan earth the air was dank, the shaft black as pitch.

Spring runoff—an icy sludge of water and mud—gushed down over him as he descended a wooden ladder slick with rot and moisture, foot by tortuous foot, into the cold womb of the earth. The small lamp on his mining cap pierced the blackness with a quavering halo of yellow, shadows lunging at him whenever he moved.

By the time he reached the 800 level, his knee was locked in pain, his fingers dead. He suffered from white hand—the nerves in his hands permanently damaged from the constant vibration of the heavy pneumatic jackleg drill that shuddered daily through his body as he drove blast holes into rock.

Miners got cold, they got wet and they got old as they toiled in perpetual blackness, forcing tunnels deeper and deeper into the bowels of the earth to extract ore that would be turned into bright, gleaming gold. And he was no different—his body just as battered.

Dragging his left leg now, he made his way to the scoop tram shop. He was edgy. Even at this hour, someone could be in this part of the mine. He took a tram and drove it along the tunnel to the powder magazine. Breathing hard, he worked quickly to load two bags of explosives, a couple of powder sticks, detonator caps, B-line.

By 5:02 a.m. he was tackling the knee-grinding, lung-busting seventy-story ascent to the earth’s surface. He exited the shaft at the deserted Sodwana headframe, three miles away from the main gates of the Tolkin Mine, limbs shaking. Waiting for him in cold predawn shadows was a friend with a hard shot of whiskey and a ride back into town.

At 6:33 a.m., on that bleak Alaskan morning, a man-car loaded with twelve miners trundled and screeched along the black drift eight hundred feet below ground. The men—all from the small town of Safe Harbor—huddled facing each other, knees touching, clutching thermoses and lunch pails as they made their way to their workstations for the day.

The beam from the headlamp of the man sitting in front lit the rail ahead. He spun around suddenly, terror on his face as he tried to shout a warning.

But it was too late.