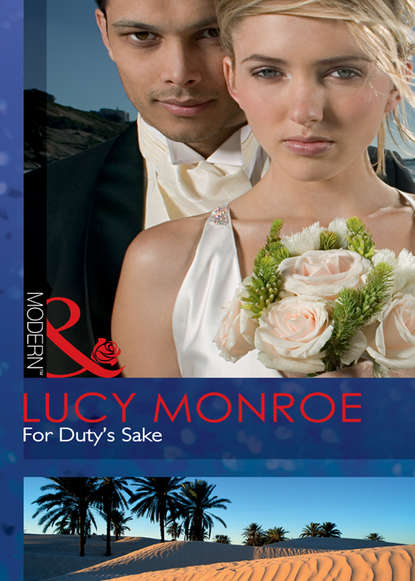 Step into a world of sophistication and glamour, where sinfully seductive heroes await you in luxurious international locations.The Sheikh’s wedding night…without the wedding… Angele has longed for her betrothal to Crown Prince Zahir to be consummated within wedlock. She naively hoped her promised husband would wait for her, as she would him – but compromising paparazzi photos have dashed those youthful dreams…She cannot become Zahir’s wife out of duty and endure a loveless union; she must let him go free…but on one condition. Will the proud Sheikh agree to give her the wedding night she has long dreamed of without taking her hand in marriage?

She could not speak to respond, merely shook her head. He was the incredible one, playing her boldly like a sitar’s strings.

“Making love to you will be my greatest pleasure.”

She forgave him the smug tones edging his voice. They were well-earned. Besides, his words weren’t smug at all. He could have said it would be her greatest pleasure, and they both knew that would be the case.

She was a virgin after all.

An innocent princess and her promised husband

… Zahir is Crown Prince of a desert kingdom, master of

all he surveys—including the world’s most beautiful

women. Angele has waited for him and marriage for

ten long years. Maybe a wedding is no longer on

the cards, but can they still share that unforgettable

moment when he will claim her as his woman?

The story of Asad and Iris

He’s the Sheikh of Kadar, she’s an American

geologist—he loved her once and lost her. Can he

win her back to his bed and to his side … as his wife?

For Abigail and Jordan,

a very special niece and nephew-in-law.

I’m so proud of both of you, of all

with true joy and a fulfilment

of the dearest dreams of both your hearts.

Angele had asked her mother that question once, after realizing her father, Cemal bin Ahmed al Jawhar—foster brother to the King of Jawhar and her own personal hero—was a serial adulterer. She’d been an extremely naive university freshman. So certain was she of her father’s integrity, she had at first believed the tabloid story about him stuffed in her student mailbox was a hoax, a cruel joke played by someone who would never be called a friend again.

To this day, she did not know who had disliked her so much they’d felt the need to shred her illusions and with them, her heart.

Her first hero had tumbled from his pedestal and shattered at her feet, and he had not even known. Not to begin with.

Her still beautiful Brazilian former supermodel mother had looked at Angele in silence for several seconds. Eyes the same espresso-brown as her daughter’s for once revealed her every emotion, and all of it staggering pain. “I would consider it a great blessing, but some of us are cursed to love unwisely and to do so until death.”

“But why do you stay with him?”

“I do not. We live quite separate lives.”

And another belief had been crushed under the pounding hammer of reality. They lived in the United States for the sake of Angele’s education and the chance for her to be raised in relative anonymity. They’d made the modern country their home because Americans had plenty of their own scandal, they didn’t have to go looking for it among the wealthy community from a small Middle Eastern country like Jawhar.

In a way, her mother had been protecting Angele. From the truth. But she’d also been protecting herself from the embarrassment of being the well-known wife of an undeniable philanderer. It had explained why their trips to Brazil and Jawhar were shorter and far less frequent than Angele had always wanted. It had also explained why her father’s visits were equally brief, though far more frequent.

“Why not divorce him?”

“… is my husband.” Lou-Belia had drawn herself to her full five feet eleven inches. “I will not shame my family, or his, with a divorce.”

Considering the fact that Angele’s father was considered a de facto member of the royal family of Jawhar, that argument carried some weight. Nevertheless, Angele had vowed never to be her mother that day. She would not be trapped in a marriage by duty and a helpless love that caused more grief than joy.

She had believed she was safe making the vow. After all, while no formal announcement had been made,

Angele had been promised to Crown Sheikh Zahir bin Faruq al Zohra since she was thirteen years old. Heir to the throne of Zohra, no more honorable man existed in the Middle East, or anywhere else for that matter.

Or so she had believed. But that had been before today, when she’d received a packet of pictures of Zahir in the mail.