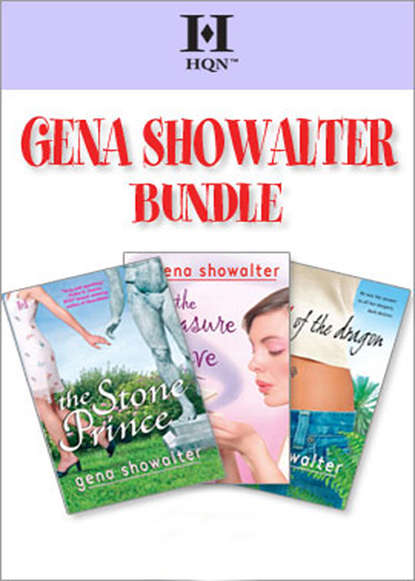 Heart of the Dragon

Heart of the Dragon

KATIE JAMES COASTED HER fingertips across the muscled chest before her. Warmth tingled through her arm, a drugging warmth more intoxicating than expensive champagne and moonlight kisses. Her lips parted on a wispy catch of breath as images of silk sheets, entwined bodies and slow, delicious caresses filled her mind.

How could this man affect her so powerfully, almost magically? How could he affect her at all when he’d never spoken a word to her? His face was beauty personified, yes, but that wasn’t enough to entrance her like this, to leave her weak and shaky every time she glanced at him.

There had to be something more to him, something elemental. Something beyond physical beauty that lured her every feminine desire. At the moment, though, she could not think past his physique, and slowly, so slowly her gaze moved over him. He was granite-hard, his abdomen ridged with sinew, his shoulders wide and firm. All of this gave his tall, sculpted frame a dangerous aura—dangerous and utterly sensual. He belonged in the woods with raw, naked branches surrounding him. Yet he stood outside among a brilliant crimson and yellow drapery of azaleas, somehow the absolute essence of masculinity.

“Mmm,” she sighed, her eyelids fluttering closed. Her hand dropped to her side. “If only you were real….”

But he wasn’t. He was formed entirely of smooth, gray stone—a beautiful statue, nothing more. This was one of the ironies of fate, she supposed, that the first man to ever truly captivate her belonged in a museum and not in her bed.

Why was she surprised by her infatuation with a beautiful, silent, unreal man, anyway? Having grown up with five older brothers, she knew just how annoying real men could be. They burped and scratched in public, cracked derogatory jokes, and somehow managed to charm the pants off women before losing interest and moving on to other conquests.

Her stone warrior could not offend her. He couldn’t choose someone else if he thought her unattractive or too tall, because he was permanently mounted to the colored marble base that stood in her garden gallery. A marble base she now stood upon.

Another sigh slipped past Katie’s lips, and she fought a deep, primitive urge to touch him again, to hold him, to discover some sort of comfort or acceptance she’d never gained with the procession of men she dated.

This is wrong. I should walk away.

The cool Dallas breeze ruffled the tight constraints of her ponytail but did little to cool her ardor, and with each passing second the stone warrior’s stare unraveled the very fabric of her reservations. Finally, Katie gave in to her craving. She dragged her fingers across his jawbone, loving the slightly bearded texture that reminded her of a man just before his morning shave. She traced the curved outline of his ears and imagined what he would feel like had he been the flesh and blood man she so desired.