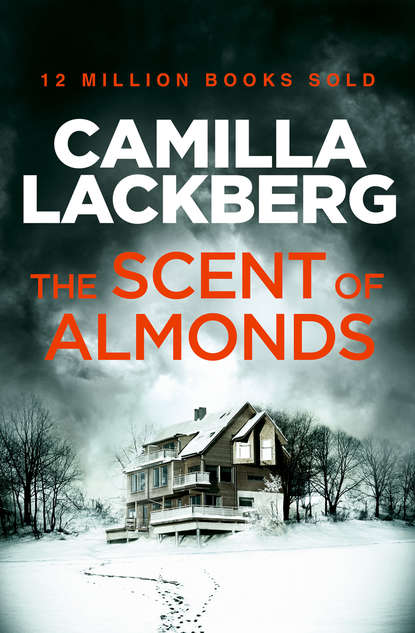 The Scent of Almonds: A Novella
Camilla Lackberg

Closely linked to the Fjällbacka-series, THE SCENT OF ALMONDS is a charming novella in the style of Agatha Christie from No.1 international bestseller and Swedish crime sensation Camilla Lackberg. Perfect for fans of Stieg Larsson and Jo Nesbo.THE SCENT OF ALMONDS – It’s less than a week until Christmas and policeman Martin Mohlin is begrudgingly accompanying his girlfriend to a family reunion on the tiny island of Valön outside of Fjällbacka. The connection to the mainland is cut off by a snowstorm and when the domineering patriarch Ruben collapses during Christmas dinner, Martin is forced to intervene. He soon establishes that Ruben was murdered and since they are completely isolated on the island, one of the family members must be murderer…

The Scent of Almonds

Snow drifted through the air. Christmas was only a week away, and December had already racked up a record amount of snow and freezing cold temperatures. The ice had set in several weeks ago, but over the past few days a thaw had turned it brittle and unreliable.

Martin Molin was standing in the bow of the boat as it ploughed its way forward, following in the path forged by the coastguard cutter out to Valö. He wondered what he was doing here, and whether he’d made the right decision. But Lisette had been so insistent. To be honest, she had begged him to come. Family gatherings were not her strong suit, she’d said, and it would be much easier to bear if he were there to keep her company. The problem was that meeting her relatives implied a certain seriousness about their relationship that he, at least, didn’t feel.

But what was done was done. And what was said was said. Now here he was, on his way out to the old summer camp on Valö to spend two days with her family.

He looked back over his shoulder. Fjällbacka was undeniably beautiful, especially in the winter with the small wooden buildings nestled amid all that whiteness. And the way in which the little community was embraced by the grey mountain gave it a unique and aesthetically appealing air of drama. Maybe I should move here from Tanumshede, Martin thought briefly, but then laughed at himself. That would only happen if he won the lottery.

‘Toss me the painter, would you?’ shouted the man on the dock, startling Martin out of his reveries. He leaned down to pick up the line lying at his feet. When the boat got close enough, he threw it over the rail. The man easily caught the line and tied it to the bollard.

‘You’re the last one to arrive. The other guests are already here.’

Martin cautiously stepped down onto the slippery dock to shake hands with the man.

‘There were a few things I had to finish at the station before I could leave.’

‘Right. I heard that we were going to have a police presence out here this weekend. Makes me feel very safe.’

The man laughed and then introduced himself as Börje, the owner of the hotel.

‘My wife and I run the place. So I’m the carpenter, cook, butler and general handyman. All in one.’ Another loud, resounding laugh.

Martin picked up his bag and followed Börje towards the lights that could be glimpsed through the trees. ‘From what I’ve heard, you’ve done wonders with the old camp,’ he said.

‘We’ve put in a lot of work,’ said Börje proudly. ‘And money – I have to admit that. But now it’s doing well. The wife and I have been very pleased. We were actually fully booked all summer and well into the autumn. And we’ve been surprised to see that the Christmas special we’re offering has proved to be so popular.’

‘People like to get away from all the Christmas hubbub,’ said Martin, trying not to pant too much as they trudged up the hill towards the hotel. It was embarrassing; he ought to be in better shape, considering his age and his profession.

He took his eyes off the path and looked up, momentarily stunned. They really had done wonders with the old building. Like most people who had grown up in the area, Martin had come out to Valö on school field trips or to attend summer camp. He remembered a beautiful but somewhat run-down green building situated in the middle of an expansive lawn. Now the green paint had been replaced with white, and the structure gleamed like a jewel. From the windows streamed a warm light that made the white facade glow. Torches burned in front of the entrance, and through the windows on the ground floor he could see a huge Christmas tree. The whole place was incredibly beautiful, and he paused for a moment to take it all in.

‘Quite spectacular, don’t you think?’ Börje had also stopped.

‘Incredible,’ said Martin, and he meant it.

They went in through the main entrance and stomped their feet to shake off the snow.

‘The last guest has arrived!’ called Börje, his voice echoing down the hall. Martin heard quick footsteps as someone approached.