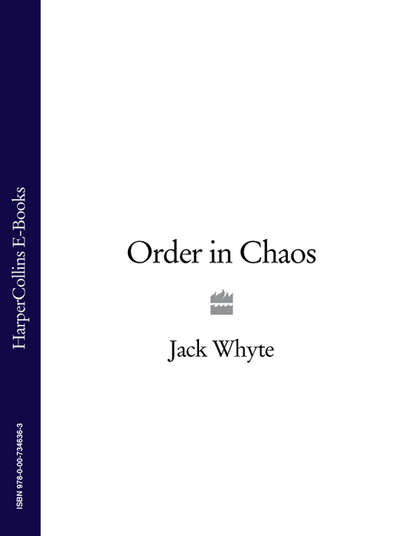 The third instalment of Jack Whyte’s templar trilogy.The Order - a secret society of men from ancient, noble families, drawn together to safeguard the Christian Church's most precious secrets - has been decimated by a King's petulant will. Its members are being persecuted and most have been forced to flee for their lives as their leaders are burnt at the stake.But the Order's secrets must continue to be protected and hidden; so as their world falls apart, the dangerous task of smuggling the sacred treasure out from under the nose of a vengeful king falls to just a few brave men.

Book Three of the Templar Trilogy

To my wife, Beverley,mentor and care giver, who knows,invariably, when to leave me alone and when tohaul me out of my hermitage and back into the light of life…Thank you yet again.

I will give them into the hands of their enemies…and I will make [them]a desolation.

The Island of Arran (#litres_trial_promo)

Of Loyalty and Friends (#litres_trial_promo)

A Gathering on Arran (#litres_trial_promo)

The Caves of Roslin (#litres_trial_promo)

A Catalogue of Sins (#litres_trial_promo)

The Road to Legend (#litres_trial_promo)

The Woman in the Byre (#litres_trial_promo)

A Colloquy in Nithsdale (#litres_trial_promo)

From Death Into Death (#litres_trial_promo)

Even a man with no eyes could have seen that something was wrong up ahead, and Tam Sinclair’s eyes were perfect. His patience, however, was less so. The afternoon light was settling into dusk, and Tam was reduced to immobility after three days of hard traveling and within a half mile of his goal. The reins of his tired team now hung useless in his hands as a growing crowd of people backed up ahead of him, blocking his way and crowding close to his horses, making them snort and stomp and toss their heads nervously. Tam felt himself growing angry at the press around him. He did not like being among large numbers of people at the best of times, but when they were compressed together in a solid crowd, as they were now, the stink of their unwashed bodies deprived him of even the simple pleasure of taking a deep breath.

“Aye!” One of the two young men who had been lounging and talking to each other among the covered shapes of the wagon’s cargo pulled himself upright to where he could lean easily with braced arms on the high driver’s bench. “Whoa! What’s happening? Where did all these people come from all of a sudden?”

“If I knew that, I wouldn’t have had to interrupt your debate wi’ your young friend.” Tam glanced sideways at the other man, quirking his mouth, almost concealed by his grizzled beard, into what might have been a grin or a grimace of distaste. “Go up there to the gates and find out what’s going on and how long we’re to be stuck here. Maybe somebody’s had a fit or dropped dead. If that’s the case, I’ll thank you to find us another gate close enough to reach afore curfew. My arse is sore and full o’ splinters from this damned seat and I’m pining to hear the noisy clatter as we tip this load o’ rusty rubbish into the smelter’s yard. And be quick. I don’t want to be sleepin’ outside these walls this night. Away wi’ ye now.”

“Right.” Young Ewan placed a hand on the high side of the wagon and vaulted over it, dropping effortlessly to the cobbled roadway and pushing his way quickly into the crowd. La Rochelle was France’s greatest and busiest port, and the high, narrow gates of its southern entrance, directly ahead of him, were fronted by this wide approach that narrowed rapidly as it neared the check points manned by the city guards.

Tam watched the boy go and then swung himself down after him, albeit not quite so lithely. The wagon driver was a strong-looking man, still in the prime of life, but the ability to do everything his apprentices could do physically was something he had abandoned gladly years before. Glancing intolerantly now at the people closest to him, he made his way to a small oaken barrel securely fastened with hempen rope to the side of the wagon. He took the hanging dipper and raised the barrel’s loose-fitting lid, then brought the brimming ladle of cool water to his lips and held it there as he looked about him, seeing nothing out of place or anything that might explain the blockage ahead. He did notice a heavy presence of guards with crossbows lining the walkways above and on each side of the high gates, but none of them appeared to be particularly interested in anything happening below.

In the meantime, young Ewan had moved forward aggressively, anonymous among the crowd. He was soon aware that he was not the only one trying to find out what was happening, and as he drew closer to the gates he found it increasingly difficult to penetrate the noisy, neck-craning throng. He was eventually forced to use his wide shoulders to clear a passage for himself, elbowing his way single-mindedly towards the front, ignoring the deafening babble of shouting voices all around him. He was almost there—if he stood on his toes he could see the crested helmet of the Corporal of the Guard—when he became aware of louder, shriller voices directly ahead. Three men came charging towards him, plowing through the crowd, pulling at people as they went, pushing and shoving and trying to run, wide eyed with fear. One of them shouldered Ewan aside as he surged by, but the young man regained his balance easily and swung around to watch the three of them scrambling into the throng behind him, dodging and weaving as they sought to lose themselves among the crush.

The crowd, like a living thing sensing the terror of the fleeing men, pulled itself away from them quickly, people pushing and pulling at their neighbors as they fought to keep clear of the fugitives, and in so doing exposing them to the guards in front of and on top of the gate towers.