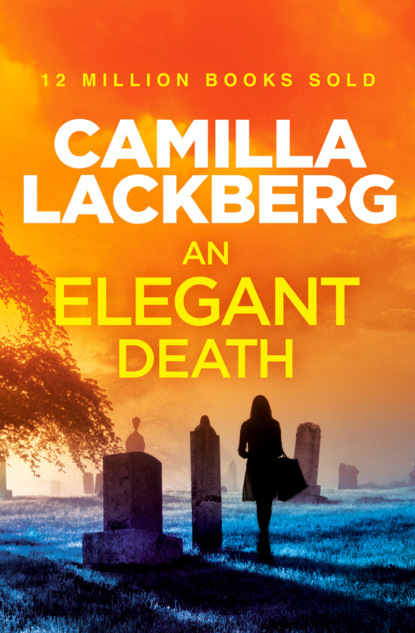 A short story from No. 1 international bestseller and Swedish crime sensation Camilla Lackberg.Two sisters, one murder, and a robbery in a vintage boutique in Fjällbacka. A thrilling story with a fashionable twist…

‘This is bad. Looks like a robbery gone wrong,’ said Patrik Hedström as he surveyed the small break room. There was blood everywhere, and a woman’s body lay between the kitchen table and the refrigerator. Her eyes stared up at them unseeing, and her skull had been bashed in. Blood had sprayed over the white walls and formed a big pool under the victim’s head and torso.

Patrik shook his head. It didn’t matter how many times he saw a dead body. It was always the blood that made his stomach heave.

‘Somebody must have seen the guy who did this.’ Martin’s face had lost all colour.

‘How do we know it’s a guy?’ said Patrik. ‘It’s too early to make that kind of assumption.’

‘Sure, I know that, but I was just thinking … with all this violence … well, it doesn’t seem like something a woman would—’

He stopped himself there. Patrik was right.

‘Do you know who she is?’ Martin asked instead.

‘Lisbeth Wåhlberg. Originally from Fjällbacka, but she’s been living in Göteborg for years. Her husband died of a heart attack not too long ago, and then she moved back here. She lives upstairs. Opened this shop only a few weeks ago.’

‘So there probably wasn’t a lot of cash in the till. At least, not enough to make someone beat her to death to get it.’

He ran his eyes over the cramped space. The room next to the shop was sparsely furnished. A cramped kitchen nook with a sink, a coffee maker, and a dish rack that held some cups set out to dry. Near the window stood a small white table with two chairs, and against the wall across from the worktop was a refrigerator. That was it. Except for all the blood. So much blood. And there was something about the blood that gave Patrik pause. Whoever killed Lisbeth must have been in a fit of uncontrollable rage.

Beads of perspiration ran down Erica Falck’s face as she struggled to squeeze into the pair of jeans. But no matter how hard she tried, she couldn’t get them on.

‘Useless crap jeans!’ she yelled as she pulled them off and threw them across the room. Before she’d had children, she’d virtually lived in those jeans. Now she could barely get them past her knees.

She sank down on to the bed wearing only her knickers. A pair of practical white cotton knickers from Sloggi, as she noted in despair. She had to put an end to this slow decline. At the rate things were going, she’d turn into an old lady before she hit forty, with a sensible haircut and fingernails clipped short. She already had the felt slippers, so she could tick off that item. In fact, she had three pairs.

Ten minutes later, having decided that a brisk walk while her mother-in-law Kristina watched the kids would mark the beginning of her new life, she was on her way towards town. As she rounded the corner near the old telegraph office, she came to an abrupt halt. Up ahead there seemed to be something going on, with more police vehicles and more officers than the local department could ever muster. They were gathered outside the small vintage clothing shop that had opened only a few weeks ago. Erica and her sister Anna had both attended the grand opening hosted by the owner.