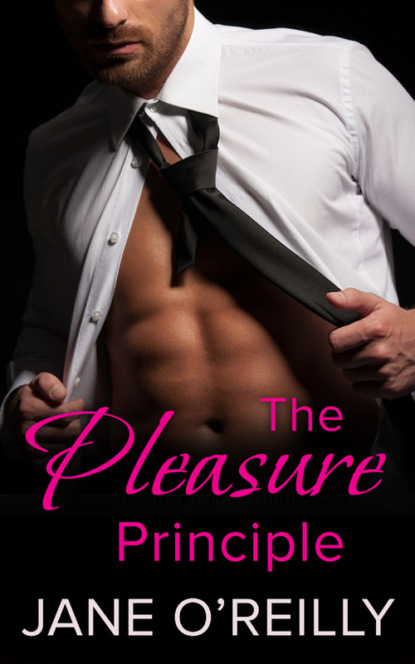 It’s time for Verity to get a new kind of education…When it comes to sex, shy and awkward Verity is as reluctant as a virgin. So imagine her horror and shame when her ex reveals her inadequacies to the entire world online!Verity is out to prove that she’s definitely not frigid, like her ex claims, and sets out to sleep with the very next man she sees.So when her boss, Cal Bailey, a man completely confident in his own sexiness, invites her to one of his legendary parties Verity leaps at the chance. She gets Cal right where she wants him but at the last minute her insecurities take over, leaving Cal confused and her frustrated.Verity, convinced she can’t do it, is set for rejection again but Cal is a sexpert and he’s determined to turn Verity’s pain into her ultimate pleasure…

When it comes to sex, shy Verity is as awkward as a virgin. So imagine her horror and shame when her ex reveals her inadequacies to the internet? To prove that she’s not frigid, as claimed, she’ll sleep with the very next man she sees!

So when her boss, Cal Bailey, a man completely confident in his own irresistibility, invites her to one of his legendary parties Verity leaps at the chance. She gets Cal right where she wants him but at the crucial moment her insecurities take over, leaving Cal confused and her frustrated!

Verity, convinced she can’t do it, is set for rejection again but Cal is as skilled as he is desirable, and he’s determined to turn Verity’s pain into her ultimate pleasure…

Jane O’Reilly started writing as an antidote to kids’ TV when her youngest child was a baby. Her first novel was set in her old school and involved a ghost and lots of death. It’s unpublished, which is probably for the best. Then she wrote a romance, and that, as they say, was that. She lives near London with her husband and two children. Find her at www.janeoreilly.com, on Twitter as @janeoreilly and on Facebook at www.facebook.com/janeoreillyauthor (http://www.facebook.com/janeoreillyauthor)

I don’t know quite how it happened, I honestly don’t. All I wanted was a little privacy, a little space so I could have a bit of a meltdown after my boyfriend wrote a detailed essay about our sex life on the aptly named ratemyshag.com. He gave me two stars. One of those was for keeping the lights off.

So there I was, sobbing my rage into a used tissue in the back office, when Cal Bailey walked in and caught me and I discovered that there was something even more humiliating than having my lack of sexual skills described on the internet for the whole world to see, and that was having someone I work for knowing about it.

‘Oh,’ he said, as I dissolved into another crying fit and he stared at my laptop screen. ‘Fuck.’

He looked at me, just looked. ‘I’m having a party at mine tomorrow night,’ he said. ‘Why don’t you come?’

The irony of that wasn’t lost on me either. I laughed into my wreck of a tissue, then I realised he was serious. He scribbled his address on a piece of paper and put it on the desk, next to a crystal vase filled with sweet peas, and then he left. I spent the next twenty-four hours talking myself in and out of it.

And then my page on ratemyshag.com reached 248 comments, and I decided enough was enough. Before I could change my mind, I changed my dress and brushed my hair and went to Cal’s house. You see, his parties have a reputation. And in some tangled part of my brain, that tempted me. I couldn’t stop thinking about it, wondering what it would be like. Wondering if there was, in fact, a fundamental difference between me and other women. I wanted to know what it was. I needed to know. And I thought that maybe, if I went to the party, I might be able to find out.

I made it inside his front door before I lost my nerve. I stood there, clutching my bag, feeling like a complete outsider, wondering what I was doing. The courage I’d had deserted me, draining away like sand through a sieve. To my left was a sprawling living room, with big squashy sofas and a lovely rug, full of people talking, drinking, mingling, nothing more. A couple of them noticed me, then turned their gazes away. I felt so foolish, so clumsy, so unwelcome. What had I been thinking? No-one really has sex parties at their house. They’re just a story invented by dirty old men, the kind who have moustaches and read Penthouse.

I should have left then. The front door was right behind me. But for some reason, something to do with embarrassment and panic, I didn’t. Instead, I opened the door to my right and darted through it.

Which is how I found myself here, trapped in a room watching two people going at it on the sofa. And by two people, I mean two girls, though they aren’t really girls, more like grown women. And by going at it, I mean kissing. They’re just kissing, I tell myself, as I press back against the wall, back into the shadows. Just kissing. Even if one of them is sat on a man’s lap, and that man has his hand inside her blouse.

You’re intruding on a private moment, Verity. You should leave.

But I can’t seem to make myself move. Like a deer caught in the headlights, I can’t do anything but stand there and stare. And then the door eases open, and someone else comes in. I drop my gaze to the floor, try and press myself even further back into the corner, as if I can hide there. As if I can hide anywhere. I hold my breath, but my heart is thumping so hard I swear everyone in the room can hear it.

Then I sneak a glance at whoever just came in. Oh, god. Oh my god.

He’s leaning back against the wall with his sleeves pulled up to his forearms and his dirty blond hair hanging over his forehead and a bottle of beer in his hand. He keeps swigging on it, watching the people on the sofa as if this is perfectly normal, as if he does this sort of thing all the time. Which based on the evidence, he does.

I don’t, though. I once accidentally clicked on a porn site when I was looking up something on my laptop, and I was so shocked that I dropped the damn thing on the floor. It’s never been right since. So I can’t be in here right now, because the chances of me breaking something are increasing by the second, and Cal has a really nice house. I mean really nice. It’s like something out of a style magazine. I know he brings clients here sometimes, to give them an idea of what The Full Package can do for their home. Cal owns it, together with Tasha and Ethan. They handle the architectural side of it, and the building work. I deal with interior design.

I guess I’ve got an eye for beautiful things, which is why this house appeals. And Cal. He’s so very beautiful. And he knows about my page on ratemyshag.com. And he caught me in here. Blood rushes to my face and I clutch my bag tighter, desperately wishing that I could make myself invisible.

I can’t, of course, so I move on to the next thing on my list. I desperately wish that I could make myself stop watching. But I can’t seem to do that either. One of the girls is pretty, with softly curling red hair and pale skin, but the other one is nothing short of beautiful. She has sharply cut blonde hair, and the sort of face that you usually see in women’s fashion magazines. She’s sort of fleshy, but it looks wonderful, and the way the man she is sat on is looking at her makes something inside me curl up and hurt.

My ex-boyfriend never looked at me that way.

I must make some sort of sound, even though I don’t intend to, because I sense Cal move. Shit.Be quiet, Verity. For fuck’s sake, be quiet. I press a hand over my mouth, as if I can hold the sound in, even as I feel another burst of it swelling inside me. Oh god. Oh god. Even though he invited me here, even though I came here wanting to see…this, the reality of it is almost too much for me.

The blonde woman is unfastening the redhead’s dress. She’s doing it slowly, following the line of the zipper with her mouth, as the man caresses her. His hands are still inside her blouse, but it’s clear that he’s watching her every move. It’s also clear, when he takes one of those hands out of her blouse and unfastens his trousers and pulls out his cock, that it’s turning him on, and that I am about to witness something I never imagined, except maybe in the odd out of control dream. I think…I think I’m about to watch them have sex. Actual sex. And I should leave, I know I should, before Cal moves any closer, but I can’t seem to get my feet to move.

Because I want to see them have sex. I want to see it. I want to watch him move her legs apart and slide his cock inside her. The redhead says something I can’t hear over the thundering of blood in my ears, then she pulls off her dress. The blonde leans forward, licks at an exposed nipple, and I think I make another sound, a louder one, because Cal turns his head.