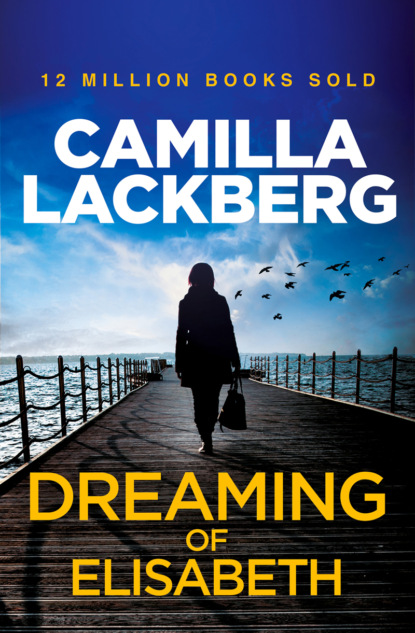 A short story from No. 1 international bestseller and Swedish crime sensation Camilla Lackberg, perfect for fans of Stieg Larsson and Jo Nesbo.Malin and Lars have embarked on an epic sailing trip. But during the trip Malin starts to have strange dreams about Lars’ ex-girlfriend, Elisabeth. As his behaviour becomes increasingly erratic, Malin becomes convinced that Lars is responsible for the death of his ex. Trapped on a boat with nowhere to go, Malin fears he is next on the list…

The sound of the waves lapping against the boat were lulling her to sleep. The gentle rocking motion, the murmuring voices from the other boats, the heat that was making beads of sweat form in the small of her back – all of it was compelling her to sink into that borderland just before sleep took over. It was a place that she had begun to dread. But her limbs felt so heavy and hot that she didn’t have the strength to stop herself from sliding into the unconscious state, into memory. Inevitably, the images came flooding in. Red against white. The blood on the tiles. Memories that made her heart ache. Her brain screamed at her muscles to move, to do something, anything, to rouse her from that endless loop into which she was now being forced.

With a feeling of relief, she gave a start and then sat up. The boat careened and she instinctively grabbed hold of the lifeline that ran around the perimeter.

Lars climbed up out of the galley. For a second she considered telling him about the images, about what was constantly preventing her from getting enough sleep. But she resisted the impulse. It wouldn’t do any good. There had been a time when she’d thought they could talk to each other, but she no longer had any such illusions.

She studied Lars as she took a bite of the Caesar salad he’d prepared for both of them.

‘Who was on the phone earlier?’ she asked.

Lars waved his hand dismissively but refused to look her in the eye.

‘Well, someone must have been.’

For a moment neither of them spoke.

‘It was only the office,’ he said at last.

‘Don’t they know you’re on holiday?’

She knew she ought to stop now. It wouldn’t serve any purpose, and he’d just get annoyed. But she couldn’t help herself.

‘You said you would take some time off. No work allowed on this holiday.’

Malin cursed her nagging tone of voice, but anger and frustration robbed her of all common sense, leaving in their wake a disappointed child.

‘They needed to consult me about a patient. It only took ten minutes. And besides, you were asleep.’

Lars tossed down his fork and gazed out at the sea. After a moment he picked it up again, and they resumed eating, though the silence was so heavy with all that was not being said that they might as well have been screaming at each other.