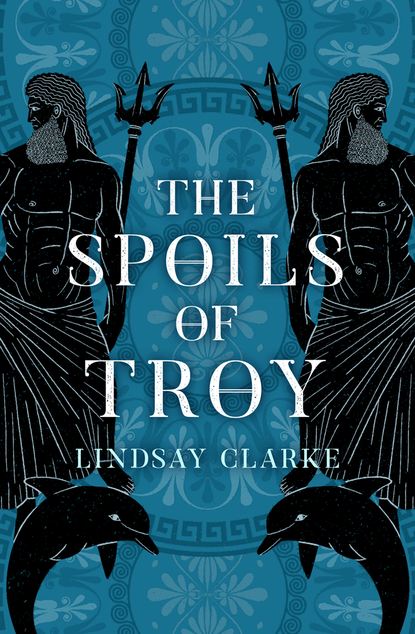 Lindsay Clarke
The Spoils of Troy

The Spoils of Troy
Lindsay Clarke

PART THREE OF THE TROY QUARTET Bringing ancient myth to life with passion, humour, and humanity, Lindsay Clarke vividly retells the story of Troy and of the heroes who fought there. Troy has fallen. After ten years of fighting and a savage final massacre, the victors quarrel over what remains and turn their minds to home. Menelaus must decide the fate of Helen, whose incomparable beauty ignited the war. And Agamemnon must return to the fury of Clytaemnestra, who has neither forgotten nor forgiven his choice to sacrifice their daughter. ‘An engaging retelling of the whole story, neatly blending mythic archaism with modern psychodrama and satire’ Mary Beard 1 – A PRINCE OF TROY2 – THE WAR AT TROY3 – THE SPOILS OF TROY4 – THE RETURN FROM TROY

THE SPOILS OF TROY

The Justice of the Gods

A Visitor to Ithaca

The Division of the Spoils

The Strength of Poseidon

An Audience with the Queen

The Last of Troy

The Ghosts of Mycenae

Death in the Lion House

More than fifty years have passed since the fall of Troy. The world has turned harder since iron took the place of bronze. The age of heroes is over, the gods hold themselves apart, and my lord Odysseus has long since gone into the Land of Shades. It cannot now be long before I pass that way myself; but if honour is to survive among mortal men, then pledges must be kept, especially those between the living and the dead.

Thus I Phemius, bard of Ithaca, remain bound by the solemn pledge I made to Lord Odysseus on the evening when a few of us sat by the fire in his great hall discussing whether or not justice was to be found among the gods. I insisted that few traces of divine order were discernible in a world where a city as great as Troy could be reduced to ruin and yet so many of its conquerors were also doomed to terrible ends. What point was there in looking to the gods for justice when the deities could prove as fickle in their loyalties as the most treacherous of mortal men?

‘That Blue-haired Poseidon should have wreaked his vengeance on the Argive host is unsurprising,’ I declared. ‘He had favoured the Trojans throughout the war. But Divine Athena had always been on our side, even in the darkest times. So how could she have forgotten her old enmity with Poseidon for long enough to help him destroy the Argive fleet? Such perfidy would be appalling in a mortal ally. How then can it be excused in an immortal goddess?’