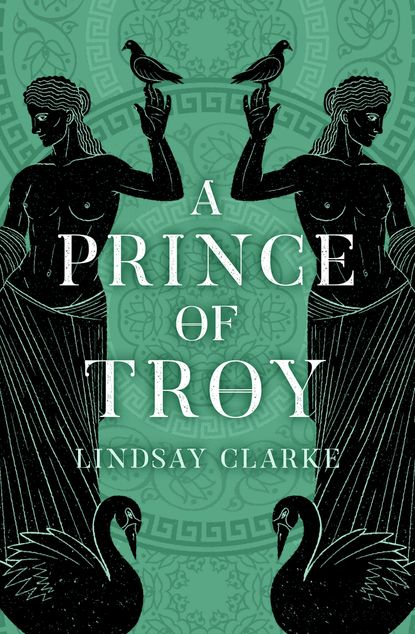 Lindsay Clarke
A Prince of Troy

A Prince of Troy
Lindsay Clarke

PART ONE OF THE TROY QUARTET Bringing ancient myth to life with passion, humour, and humanity, Lindsay Clarke vividly retells the story of Troy and of the heroes who fought there. When the mortal Paris settles a contest between the gods, he is promised the love of Helen, the most beautiful woman in the world. But Helen is already married, to the powerful Menelaus of Sparta, and the kings of many cities have sworn to defend their union. Paris’s divine gift threatens to set his world aflame. ‘An engaging retelling of the whole story, neatly blending mythic archaism with modern psychodrama and satire’ Mary Beard 1 – A PRINCE OF TROY2 – THE WAR AT TROY3 – THE SPOILS OF TROY4 – THE RETURN FROM TROY

A PRINCE OF TROY

The Bard of Ithaca

The Apple of Discord

An Oracle of Fire

The Judgement of Paris

A Horse for Poseidon

The Madness of Aphrodite

The Flight from Sparta

A Perfect Case for War

In those days the realm of the gods lay closer to the world of men, and the gods were often seen to appear among us, sometimes manifesting as themselves, sometimes in human form, and sometimes in the form of animals. Also the people who lived at that time were closer to gods than we are and great deeds and marvels were much commoner then, which is why their stories are nobler and richer than our own. So that those stories should not pass from the earth, I have decided to set down all I have been told of the war at Troy – of the way it began, of the way it was fought, and of the way in which it was ended.

Today is a good day to begin. The sun stands at its zenith in the summer sky. When I lift my head I can hear the sound of lyres above the sea-swell, and voices singing in the town, and the beat of feet stamping in the dance. It is the feast day of Apollo. Forty years ago today, Odysseus returned to Ithaca, and I have good reason to recall that day for it was almost my last.

I was twenty years old, and all around me was blood and slaughter and the frenzy of a vengeful man. I can still see myself cowering beside the silver-studded throne. I remember the rank taste of fear in my mouth, the smell of blood in my nose, and when I close my eyes I see Odysseus standing over me, lifting his bloody sword.