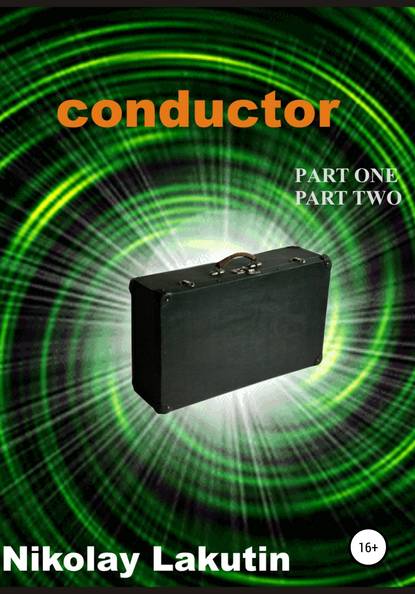 In a nutshell, the book is based on real events, although it is unlikely that any of you will believe in the probability of time travel. My dear people, You have no idea what services exist in our world…

A young man of about thirty, slightly bent over the sleeping girl, gently propped on the bed.

Leaning back on the wide bed, a good stretch and rubbing his eyes, the guy got out of bed, hurriedly throwing on his underwear.

Outside the window I could see the dawn, in summer it occurs quite early. Parrot in a cage did not want to Wake up, and the cat of the mistress only lazily opened one sleepy eye, assessed the situation and continued my wandering cat dreams.

A good girl, nice to talk to, decent in bed, attentive to situations… but not mine. Time for me.

Carefully gathered, trying not to create noises, approaching the door, he once more looked at the sleeping brunette, then carefully withdrew, quietly closing the door behind him.

This night is for Dmitry was not something special. It was not difficult for him to meet a girl so easily, to spend a great time with her, to fill her and, indeed, his life with bright emotions for a short period of time. True, that's a long relationship he never built. Not that I did not want, not that I was afraid, well, even somehow I did not think much about this topic. Age allows – we must take everything from life. There, later on it will be possible to beat somewhere already, and while early to me-he reasoned.

And so, in one of these ordinary days, Dima, standing at the bus stop heard:

A young pretty girl suddenly dropped her purse, not far from all those who were waiting for transport. While she was vigorously debated on a cell phone with a friend your last shopping trip, some Looky-Loo forty-five caught the suitcase, her purse, from which all its contents crumbled under the feet of passersby.

Such a chance should not be missed.

– "Excuse me, I'll help You", – as far as possible the kind tone said the plunderer of women's hearts, sitting down on his haunches next to the bewildered girl, "I hope You will allow? Here, a couple of pencils for eyelashes, almost landed in the gutter drain".

– "Do you know the attributes of cosmetics?"– the girl smiled – his whole appearance making it clear that she not only opposed, but strongly "for".

And to somehow show his self, pride and willingness to claim the place of this very guy Tanya, our hero got up, fighting gait caught up with a man with a suitcase that did not have time to go far and said menacingly:

– "Dear! It would be nice to apologize to the lady!»

The man turned around and Dima's painted importance melted away in a moment. Seeing near the confused to an unimaginable extent the face of a citizen with a suitcase, the guy was confused himself. In this strange companion, or to be more precise, in the citizen, it was not so. Hat, suit, shoes, white shirt, tie, that bag… those things are hard to find. Similar in style, in fact, something similar costumes, shoes and everything else is now sold everywhere. However, these similar garments differed sharply from those in which the person was dressed with a suitcase. His stuff was some grey, dark, rich, not colored, in the end. They were not worn, it was evident that it was all dressed for the first time, for some important event, but all these things looked gray, very outdated, some forgotten, from the thirties of the twentieth century. But most of all struck the face. The face of the citizen did Express the inexpressible confusion, surprise, misunderstanding, fear, and a lot of some of the related feelings.

– "Yes, excuse me, please, I'm so careless, for God's sake, Madam, do not hold a grudge, and You, my dear, I'm sorry, I accidentally hooked, I'll be more careful and more attentive, I promise, sorry again, sorry… »

Then the man bowed clumsily in gender-bending and hastily strode away.

– "A nut of some kind," looking at the whole picture, verdict Tanya, referring to approaching a new friend.

"Yes, uncle, once is clearly not in itself." – impressed, agreed to Dima.

"I got everything, thank You Dima again," giving his hand, as if in farewell, playfully smiling girl.

And quickly finding many common themes, the new couple went along the sidewalk, endowing each other with Frank flirtation, devouring each other's eyes in anticipation of future events understood by both sides.

This day would have remained in the General lines of the current history, of which Dima had a lot. And hardly had he once more about him then I remembered, if the next day is not met on the other side of town the weird citizen.

Among the dense oak forests remote from the city hype in the Park on deprived of attention and care ennobling organizations bench, sleeping, not letting go of the suitcase, a citizen in a gray suit. His hat lay at a little distance, the shoes were under the bench, his sleeping face expressed fatigue and hopeless sagnanet.

This poor guy must have been wandering around town late until he was exhausted. He doesn't look like a bum, an alcoholic, or a loser in a casino all that had a gambler. He's kind of all weird, said something like Russian, but not as much as we thought Dima.

Picking up a nearby hat of a citizen, the boy sat down on a free area so recently inhabited the bench.

The man slept lightly. He immediately jumped up, clutching his suitcase, not looking up frightened, looking at the young man.

– "Hello", but said he – "here, take this, its almost gone", – he said headpiece citizen, clutching the suitcase.

– "I…I saw you somewhere …" the man said quickly and fearfully.

– "Yesterday?"– as if a little happy and hopefully asked again the man – " yesterday we saw each other, yesterday, and where, still there, or already here?»

–Meaning there…? Here I just now walked, was walking, and there is meaning where?»

– "Yesterday, the girl You caught at a stop, I helped her collect… »