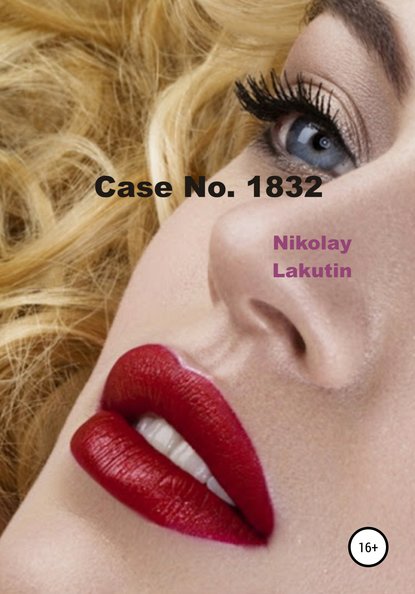 Dreams… such a vast subject, such limitless possibilities. A sea of temptations and desires materialized. However, is it safe to interact with a world where dreams come true. After all, ignorance of the laws – not exempt from responsibility…

-This disgusting interrogation room – probably the last thing I see in my life, thought the girl with the white hair, with bangs which dripped drops of blood on the dirty beige tiles.

– Did you tighten her arms, Opera? – vaguely, as if in delirium, I heard the thunderous voice of a senior officer – this person is dying though, but still something to maybe watch it with her. The heavy door closed with a hum, what awaited ahead, was known only to one Creator…

– Hello, mishenka, with change of? – turned to not so long ago entered the service of a police neighbor.

– Hi, Tamara, Yes, today the service was over. How you feeling?

I'm holding on. That's bread to walk … – pointing to the bag I back old.

– Too right, well I go to rest, today is something of a day rich, – as I walked toward the door, as if said goodbye to the young Lieutenant.

Throwing two folders of papers on the kitchen table, the boy hastily dressed, hung official uniform in the closet, put the kettle on, and look, unleashed one of the folders, the cover of which was listed as "the case of the 1832".

This folder was given to it under the most strict responsibility in spite of the fact that it lay eight years on racks of unsolved crimes. But the story of this case was not like all the others. There was something exciting about her. That's what I read from this folder Lieutenant:

"April 20, 1994. at 23.15 on duty felt in his mind a voice that said that Elena Melnikova for their "Hel" – the girl who was in the night in custody, brought in the afternoon of the last day, by the police in an unconscious state right now literally dying of thirst. All she needs to survive until tomorrow morning is a glass of cool water. Duty almost dozing in his glass booth immediately jumped up, poured her a Cup of water from the kettle and walked over to the interrogation room, the door of which was prudently put two FSB officers responsible for the girl's head.

On a question that here the person on duty forgot, that explained the intentions to give water to the detainee, but instead of permission to pass, he felt how a gun barrel of one of employees of intelligence service touched the sweaty temple of the person on duty.

Sit down and shut up, – he said calmly, the second officer, holding the hand near the holster.

– But I'm not going to do, the girl dies, you are people too – a trembling voice said duty, pouring a Cup of water with a shaky hand.

The first officer snapped the bolt of the gun, clearly giving to understand that the dialogue is finished, and if noble intentions men have a desire to live to old age, then he / she should immediately get back to his place.

The duty officer had no choice but to carry out the order of two unfriendly armed men. He nodded slowly, letting him know that he was leaving, and turned in the opposite direction in order to disappear quietly and get lost in the semi-illuminated corridor, with the only desire to get to his cell as soon as possible and escape from the aimed trunk. But at this moment in his head there was some kind of paralytic explosion dictating the next steps. It is a sharp turnover broke holding a mug on his head already lowering the gun of the officer, the jerk sent his hands on a colleague, scrambling to reach for my weapon, and pulled the trigger. While the heavy body fell, there was another shot, and fell next to the guy with a broken head from the Soviet glass. Shooting the padlock interrogation and removing the bolt, the duty hastily freed from the shackles of the exhausted girl and took out of the Department, where for a quarter of an hour waiting for a gray minivan with tinted Windows. The side door rolled back, four hands stretched out from the car, which carefully took the barely breathing girl from the attendant, after which the door closed and the car disappeared in the midnight fog. The person on duty right there fainted and woke up already behind bars as record from surveillance cameras cleared up everything for the staff of the intelligence services who arrived to Department.