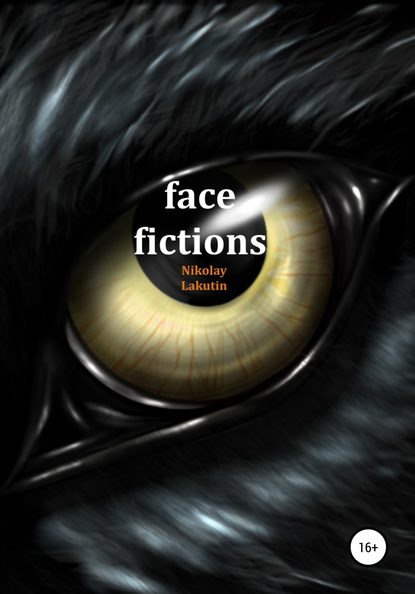 All events and characters are the author's fiction. Any coincidence names, surnames and positions characters with real names survivors or deceased people, and also occurred with someone in life events absolutely accidental and utterly unintentional. The book is a series of several curious fantastic sketches.

Once again I opened my eyes and said:

It was funny to hear, already losing the connection with the body, cheerful daughter's scream:

It's good that she does not know that the body of people is usually able to jump in a vertical position, and not in a horizontal, as it is the third time I have seen.

This 87 on account of the manuscript, which is remarkable,

And the significance of these lines was estimated at 87 million rubles. I do not know how important it is to know about it all, but individual connoisseurs of knowledge and "keepers of greetings from the world", the transmitted data may well serve the service. The work is devoted to the Monadic spirit manifested in two types of people (we are not talking about a man and a woman). As well as how this principle affects the galaxy we know … in the image and likeness…

The existence of the human SPIRIT, the existence of his SPIRIT direct, I knew long ago. I could not explain it, but I knew for sure at the level of feelings and sensations. The soul is in the area of the solar plexus, no wonder our ancestors spoke the SPIRIT from the word to breathe – that is, the Central part of the lungs. There is no soul, you can't breathe-as a result you die. It was before. Now without a soul, there is a large part of the population, or rather there is, but it is a totally different game is played, not about it speech will go. The human SPIRIT is a much more powerful entity. The SPIRIT is outside the human body, moreover, it is outside the planet Earth, if we are talking about Earthly people and at a sufficiently large distance. In addition, it is in the intersection of realities or worlds to whatever you like. The system is very similar with the placement of the soul. The soul is in the center of the intersections of all nerve endings, physiology, energy, astral, mental and causal plans, and the SPIRIT is in the center of a much more serious mechanism than man. But with all this, the SPIRIT has an instant connection with the person he oversees, to whom he is connected. It a little bit later.

A little background on how I learned about the existence of the monadic spirit.

Until now, people have heard of the existence of the spirit as SUCH. It refers to man's SPIRIT, the HOLY GHOST or the SPIRIT of GOD, sometimes talking about the SPIRIT of death. In any case, we are always talking about something so mystical, imperceptible, intangible and more fictional, what you can talk about for a pastime and instantly forget about this conversation, back to business as usual.

To one of my friends turned with a serious enough problem in order to try to understand and put everything in its place. The story told by the relatives of the victims:

"Since childhood, it so happened that formed a circle of friends, consisting of two girls and two boys. They were always very good friends and played. In adolescence, began the friendship. One boy from this company became friends with a girl from the same company. And closer to adolescence, it began to come to the wedding, but then the army. The guy was called up for a year or a year and a half, not the point. Ironically, the parents of a girl who was waiting for her lover took on the informal work of the second guy from this circle of communication to monitor the order and care of his country house. And it so happened that the girl was from time to time to visit this parental home, and had an affair with a guy hired. About the fourth participant of this circle of friends history is silent as it was(and) spare as it became clear later and at the moment was engaged in the Affairs, without penetrating into a situation. The girl's parents found out that their daughter is cheating with a hired employee in their grounds to her fiancе, a friend of this guy's caretaker. And one of the fine days crept into a country house, caught a couple at the most inopportune moment and with all the fury began to beat both boards, which deliberately stocked up. Taught a lesson, as usual, all explained, understood. But here's the thing. Literally within a week dies, and the mother and the girl's father, who lashed planks a couple in a country house. Not from the disease, it is not clear why. A few weeks later the second knee of relatives on the line of parents dies out. A month later, the third knee of those who were still alive became extinct."

Then friends of friends, distant relatives and the seventh water on the jelly came to my friend asking for help. Interestingly, the girl's boyfriend, who has already served in the army and heard about this story, was completely against the fact that his girlfriend cheated with his friend. He reacted to the situation with understanding, without insults, then the relationship of a boy and a girl went on again in the usual before going into the army way.

After some events, trance and communication with the spirits of the dead, as well as after the appeal to the spirit of "doves cooing in the country house" was an interesting fact.

It turned out that all these four children, communicating since childhood, had a single Monadic SPIRIT. That is the SPIRIT nor at everyone, and one single on all four. It was the SPIRIT that once brought all four into one company and led their lives. For procreation he needed a connection between any two partners from this company, able to give offspring. But as the army for some time, seized one of the participants of the show, was taken in his friend. If something happened to the girl, then this story would have introduced a second girl from this company, which was a spare, but not useful. In addition to the SPIRIT and people in these processes involved another instance, which I described in detail in the book "Party". It is this instance that issues permits for the extension of the genus and all possible combinations, called human destinies. So, returning to the topic, at the time of beating the boards of two young people in the process of sexual intercourse Monadic SPIRIT was so damaged that he simply destroyed several knees of relatives in a short time, thereby getting even for what he had done.

That's what the Monadic SPIRIT is. But in the process, so to say the 3rd clinical death, which took place on June 22, 2017 on the day of the summer solstice, remember this fact, I did not immediately pay attention to it, I became aware of the Monadic spirit of something more ambitious. Me, on already can be said tradition, shook out from bodies, when in an unknown space to me appeared the SUN. This is not the Sun that you see every day in the sky, but very similar to it. It was my SPIRIT. I recognized him at once, because I talked to him many times. Learned on the "voice" that says, found out the feeling is not wrong, I learned as that experienced only at the moments of fellowship with the SPIRIT. But I've never seen him before.

You ready? – I heard a telepathic voice in my head.

These words made me understand that I have reached the desired point in my incarnation and now I can move on in other worlds, in one of those, where I am now distributed.

I with understanding of all situation told: "I am READY»

Where you want? the SPIRIT asked again.

– At your discretion what make the decision, and will be, – I responded. The fact is that I now know that it does not matter in which world I find myself, Wake up, appear, in any case, I will have to perform certain tasks. I, in any case, find myself in similar situations, in a roughly identical environment and experiencing a feeling akin to possible somewhere else I get the experience of doing or not doing this or that action.