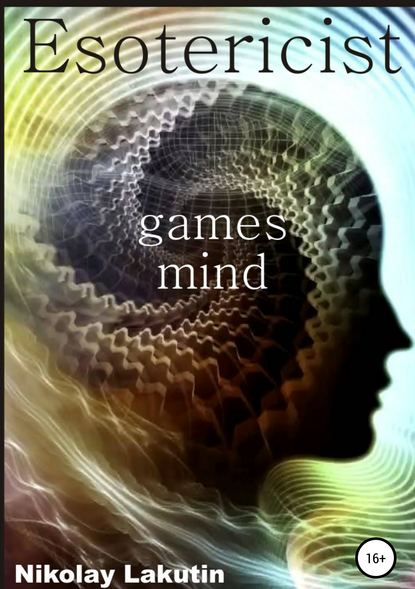 – If he asks me to look at your palm – do not show pity on the old man, winking fled in the car a good old friend innocent.

Petersburg. Yes, it is indeed the cultural capital of Russia. This is evident in the countless number of architectural monuments, manners, communication, in General, the people here are very different from the province. Transport quite a lot, too, there are traffic jams, but for some reason they do not strain the mind, does not dilute the overall picture of a pleasant impression of the harsh reality of the sad circumstances of a broken traffic light and a large cluster of cars. Time suffers, it is so pleasant to pronounce in itself the worn-out phrase:" Always and everywhere only the one who does not hurry anywhere manages " and to feel in an advantageous position. Tinted glass comfortable taxi, nepristayuschy with stupid banal questions the driver, the answers to which he is not interested and will be forgotten as soon as the passenger leaves the taxi. Cloudy, but easy to perceive weather, even sometimes through the spans of tall buildings of the old buildings flashing rays of the setting sun. The city is preparing to sleep, but its inhabitants are somehow measured, without fuss gradually completed her business, and perhaps start some new ones, such as the couple of young people sitting in cafes. Cleanly washed glass allows you to clearly see everything that happens inside this cozy place. As if the smell of inviting hot coffee just served by the waiter is heard through the ajar window of the passenger door. Plugs. The city stands. I wonder what they're talking about. The young man, apparently, invited this girl on a first date. His movements are rather timid, shackled by the uncertain fear of the girl of his modest nature, unappreciated to the full, such as he is now trying to present himself. And the girl is all smiling more, quietly, gently covering his eyes and lips, but not because she's laughing at him, and, perhaps, for the reason that feels for this guy no less sympathy, and he to her, but doesn't know how to show it and allow herself to show this affection on the first date.

– "The address which you specified to me to be literally round the corner if you hurry, you can leave directly here, in three – five minutes you will be on a place if you, of course, hurry if not, I think, in minutes twenty this intersection we will overcome" – the driver interrupted reflections.

– "Sorry for the stupid question, I'm just the first time in Your city, did not have time to understand what people live here. In view of this I will ask: – You don't deceive me? and I'm here to come out, and then before the day is out I will stomp in the right direction."

– Believe me, you will still be able to reach the desired home more than once and return to the car interior, while I will humbly wait for the promotion of its range, but if such a thing, will take to the entrance and help with Luggage.

Having paid off, Yakov left the taxi, and really spent no more than five minutes on the rest of the route, with pleasure stretching his legs after an hour and a half trip.

Well, what can I say, in St. Petersburg, too, want to earn and not very bad do it, playing on people's trust. Courses of graphology were not that "fake", but not even comprehensive by the standards of basic knowledge. Thus, the collection of terms, beautiful speech and several practical works available to anyone by means of the Internet. No doubt, bribed the performance of a famous personality Professor Anatoly Z. Stanikova in the first session, his temperament, tempo, manner of speaking, the ambition was literally infected the audience with the idea to learn the art of graphology, and the fuse gave up the slack for about half of the course when it became clear many of them wasted presence here.

Perhaps because of the active outputs to the Board, expressed assumptions and a strong desire to know why came here on the eve of the completion of the course Smolin was invited to the Professor.

– Come on in, sit down on any free place – interrupted he.

In the office stood an oval table with the same chairs on all sides at the head of which was Professor. On the right and on left his hand in the corners stood massive chairs, remote from the table. Most likely they were in the nature of interior design of this room, it was clear and not sagging seats, despite the clearly advanced age of these rarities and nezaezzhennaya the floor under the legs of chairs.

After going through the whole office, stopping near the chair on the right hand of the Professor and lifting him behind his back to bring closer, Jacob asked:

– Please – with a surprised smile and nodded to the Professor.

Smolin pulled the chair closer to the Professor and sat by the large window.

The Professor rubbed his eyes and with an embarrassed smile, said:

– Yakov, you already managed to impress me during the training period, do not overplay, I hope you do not open the window and start Smoking your wonderful cigars, which you carry with you from the moment of arrival here?

– Right – replied the student, although not going to do that. Smolin focused his eyes on the Professor.

– Yakov, you came here from afar, showed good results and great interest. Sometimes, the best student of the stream, if any, I give the opportunity to ask me three questions, completely different subjects, to which the student could not find answers anywhere. I listen first!

– Professor, the first question I would like to respond to, do not think for insolence, but the second and third I ask, for that matter.

– First question – would you like to have lunch? If not, the second question-how can I once again create a favorable environment for communication with you? Jacob held a forefinger in air a circle, and completed it at the ear, pointing to the possibility of wiretapping of the room.

The Professor silently took the hand of an unusual student, turned it palm up, looked quickly and said:

– Yes, perhaps, it would be possible to eat. Then pointed to the exit and five minutes later came out himself.

In a cafe on a nearby street, where he ordered dinner. And umaw a few pieces of chicken, the Professor began:

– You know, Anatoly Z. I clean interested not so much in graphology, how spirituality in General. Perhaps my data is not correct, but I have reason to believe that You, the master, and besides You here me hardly someone will help her to learn.

– Why did you decide that I would help you in this matter? After all, your appearance in my office was completely planned, you deliberately staged this cheap performance to impress me and ask for what you're asking now, you had another chair prepared, and you wanted to sit on it, right?

– Right, I wanted to, but the first chair from the entrance, which was prepared for me with a gift box concealed under the cover of the table I was not so interesting, as a personalized pen and notebook – this is not the limit of my dreams, but the opportunity to sit for free in an old chair, which was not destined to visit many And how do you manage to calculate everything, Professor?

Professor Stennikov initially did not respond to issued conclusions, but after a short silence still growled:

Heather, son of a bitch.

The Professor took a few SIPS of coffee, something briefly looked over the window of the cafе, and then asked:

– What do you want to achieve, what is the goal? Do you fully understand what you are asking? After all, people with esoteric knowledge able to apply them in practice sooner or later face the choice of whom to work for. Besides to solve in this case it is necessary not to you, and those who will come forward for you.

– You mean the feds and the thugs, Professor?

The Professor pretended not to hear the question and continued:

– In practice, we know a lot of cases when it comes to the choice does not reach, and a person recognizing his environment, the true attitude of people, but elementary seeing a little more than available to the public simply does not have a further desire to continue life.

– Don't ask, you know I will always give the same answer, better think about yourself. Your life is on the scale, decide on the Cup, and if you do not change your mind, on Thursday at nine in the morning I'm waiting for you at this cafe, you have three days to think, but if you still come – then please do not be late, I do not tolerate tardiness.

Professor tossed on the table calculation and disappeared, leaving the head of Jacob foggy thoughts.

These three days passed in utter indignation.... In my head one thought knocked another: