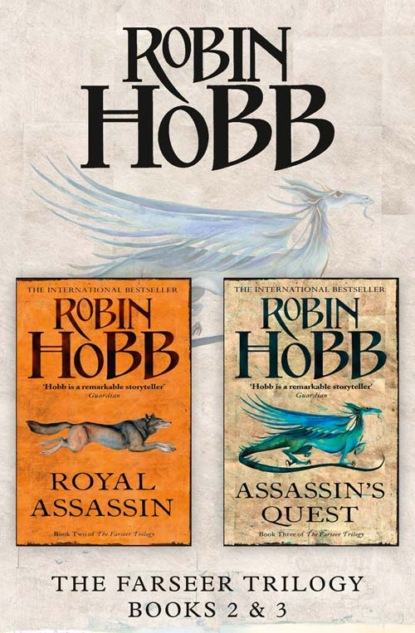 Books two and three in The Farseer Trilogy by international bestselling author Robin Hobb.‘In today’s crowded fantasy market Robin Hobb’s books are like diamonds in a sea of zircons’ George R. R. MartinHonesty is the bedrock for any relationship. But how can Fitz – royal bastard, trainee assassin, holder of secrets crucial to the security of the kingdom – bare his soul to his beloved Molly?Danger lies all around him – from the raiders savaging the coastal towns, and from within the court. The king has been struck down by a mystery illness and his eldest son, Verity, is bound up in the defence of the realm.When Verity leaves the court in search of the mythical Elderlings, Fitz finds himself friendless apart from his wolf, Nighteyes, and the king’s strange, motley-clad fool, exposed to Prince Regal’s malign ambitions. He will be asked to sacrifice everything – his heart, his hope, even his life – for the sake of the realm.Continue the adventure with books two and three of Robin Hobb’s magnificent Farseer Trilogy.This bundle includes Royal Assassin (book two) and Assassin’s Quest (book three).