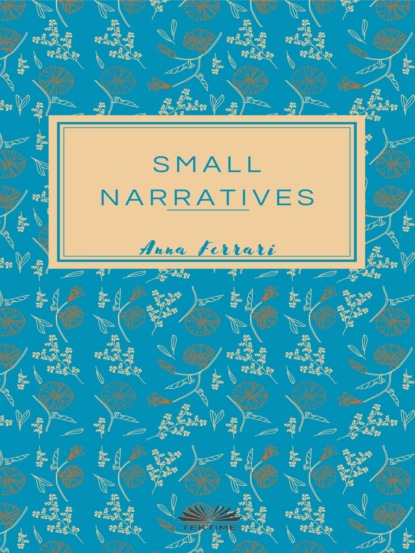 Small stories of ordinary people, to whom extraordinary events can happen (Free will, Macbeth: story of a madman), people who get lost in memories to find meaning in the present (The girl on the bus) or who still find nature in memories of human existence (Memories). A teacher (11th commandment: do not judge) and a mother (A mother) tell of daily life, with its pains and satisfactions, misunderstanding, but also the miracle of finding acceptance in the hearts of others. In What must happen … it happens we find ourselves having to deal with the impossibility of predicting destiny and in Black & White life is observed from the point of view of our animals.
The eight short stories in this collection are in the name of George Eliot's thought contained in the epigraph: just as there are great personalities in the world, there are also ordinary people deserving as much attention. People like you, like me, like everyone. The opening story, Black and White, portrays the lives of two playmates who seem mismatched, a dog, White, and a cat, Black. In reality they are two wonderful beings who love, suffer, are grateful, spiteful, live unaware of the enormous gift they give to their human ”parents” simply by existing. The little girl on the bus has a slow start, then suddenly turns and goes back through the years, to when the protagonist was a child, to an episode that deeply marked her emotionally, whose memory is not so much visual as internal and affective. The very nature of this memory brings the narrative to very intimate levels, in which still unresolved traits of her personality are revealed. Free will is a gothic tale: a cursed mirror, the devil, wickedness as an end in itself, unbelieving victims. Everything happens without a reason, as if to say that evil exists and can dispose of human beings at will. Macbeth. Story of a madman is built in the footsteps of Shakespearean tragedy, it is set in the world of theater, the names of the main characters are the original ones, the manias, obsessions and distorted passion are the same as the mad regicide. After all, the fantastic has an important part in Macbeth: the three witches enunciate prophecies that will make the brave soldier mad. Even in the story, the fantastic folds to itself the destinies of the protagonists who play their lives on the most futile of human feelings: ambition as an end in itself. Memories is a delicate journey in the narrator's mind, in a moment of solitude, in which she gets lost in thoughts that are unrelated to each other, which nevertheless have a common theme: the nature of memories and how much of ourselves is a matter to remember. A bit of melancholy, but also of sustained hope and vivacity of thought underlie the inner confession, in which it is not difficult to identify. 11th commandment: do not judge tells the world of school with disillusionment: misunderstanding, jealousy of one's role, indulgence towards parents and students, today the ”clients”, break the balance of a good teacher who is also a nun. Such are the sadness, the disappointment that the protagonist suffers that these feelings empathically penetrate the reader, and their power is equal to the abandonment of hope in a better world. Not all stories, like life, can have a happy ending. A mother introduces a note of joy. A common school interview becomes an opportunity for mutual growth between the mother and the teacher. Two women with a strong and combative character, surprised by the unusually confidential tone that the conversation assumes, together try to find a way to convey safety and serenity to the people they love and who are experiencing a moment of confusion. The mother understands how to measure herself against her own limits, and consequently the teacher becomes fully aware of the dozens of individuals in a class, of which she often knows very little, but which each have their own moods. The teacher warn