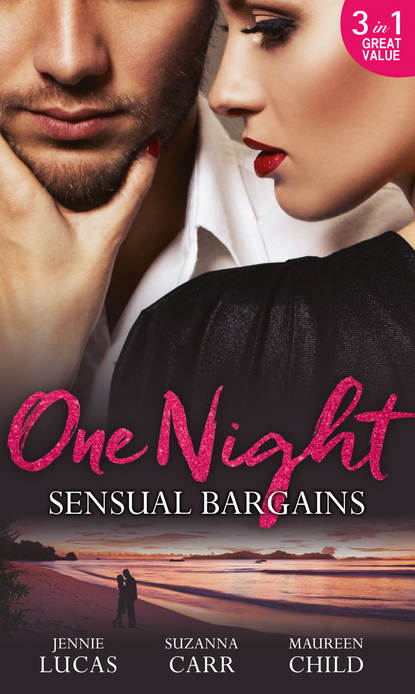 One Night: Sensual Bargains: Nine Months to Redeem Him / A Deal with Benefits / After Hours with Her Ex

One Night of Consequences…Nine Months to Redeem HimDiana was too lost in a moment of pleasure with the darkly powerful Edward St Cyr. She gave him her body – which he wanted – and her heart – which he didn’t. But this night had consequences and when he knows about their baby, will it heal his wounded heart…A Deal with BenefitsAshley Jones wants the mysterious Sebastian Cruz to return her family island. Finally meeting the man in person, she discovers this is the man she spent one very intimate night with. Sebastian won’t give up the island easily so he makes a deal – for one month she must answer to his every command!After Hours with Her ExAfter two long years, Sam Wyatt is home and he must face his ex-wife and employee, Lacy. As passions ignite once more, Lacy learns Sam has ulterior motives for rekindling their romance… But with a surprise on the way can she trust him and move forwards?

﻿
Отзывы о книге One Night: Sensual Bargains: Nine Months to Redeem Him / A Deal with Benefits / After Hours with Her Ex
Нет отзывов
Добавить отзыв