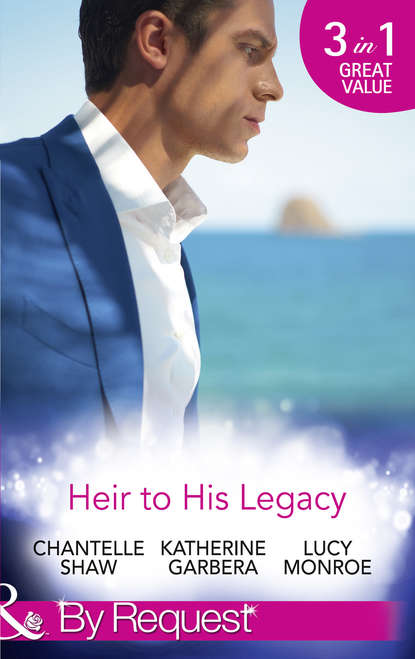 Heir To His Legacy: His Unexpected Legacy / His Instant Heir / One Night Heir

His Unexpected LegacySergio Castellano is dealing with a scandal of epic proportions. An alleged engagement, the arrival of an ex-lover and a business deal in ruins. Throw into the mix a three-year-old son he never knew he had – he's furious!Sergio will do everything in his power to keep his heir, but the longer he spends with the child and his ex-lover Kristen Russell the more he realises that the cracks she made in his armour are still there. Now, to get what he wants, Sergio must face the pain he's kept at bay for so long…The Secret Casella BabyThat is a question ordinary girl Holly George never thought she’d be able to answer! Until one sizzling night with brooding Brazilian Luiz changes her life. Not only is Luiz Casella a billionaire – but now Holly is expecting his baby!Holly might don all the silk and diamonds Luiz can shower her with – but she’ll always feel most comfortable working at her animal sanctuary. Yet it seems she might have to get used to living in world of the rich and famous… As a Casella heir cannot be born out of wedlock!One Night HeirBitter life lessons have taught Crown Prince Maksim Yurkovich that duty must come before desire. His country needs an heir, so when he discovers his lover can’t have children he must sever their ties. Only Maks can’t resist spending one last night in her bed. …can avert this royal scandal!Now he faces the biggest diplomatic crisis of his life. Against all odds Gillian Harris has fallen pregnant. Maks’s royal reserve masks the heart of a fierce Cossack warrior – one who is not above using their mutual passion to convince a hurt, wary Gillian that she must be his queen!