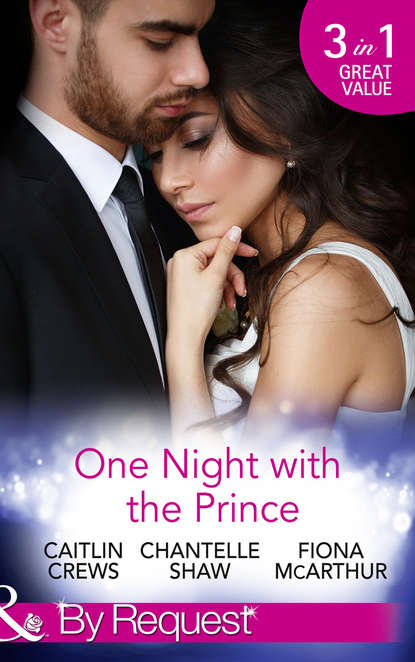 One Night With The Prince: A Royal Without Rules

It’s a night she’ll never forget…A Royal without Rules by Caitlin CrewsRoyal PA Adriana Righetti is no stranger to scandal. But Prince Pato takes it to a whole new level. His infamous liaisons make him notorious! Keeping the playboy Prince out of the headlines is impossible. But when the cameras stop rolling, is there more to this rebel royal than the world knows?A Night in the Prince’s Bed by Chantelle ShawIrresistible Prince Aksel has retreated to his Scandinavian private residence, after a passionate night with an actress got massive media attention. But then Mina Hart is found in his car proclaiming her innocence, after all he’d been just a stranger to her! Now they’re trapped by snow together…The Prince Who Charmed Her by Fiona McArthurDr Kiki Fender is determined to forget her whirlwind affair. But when the gorgeous Prince Stefano walks in, she knows it won’t be possible. Working as doctors on a cruise ship both are determined to keep it professional, but what if Stefano wants Kiki to be his princess?

﻿
Отзывы о книге One Night With The Prince: A Royal Without Rules
Нет отзывов
Добавить отзыв