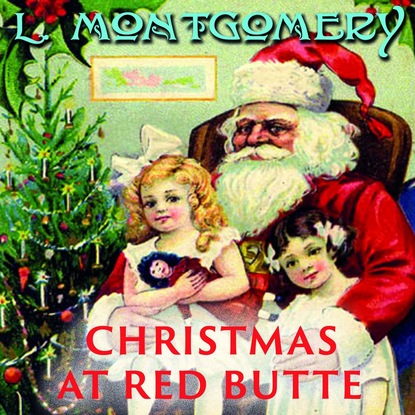 “Christmas at Red Butte” – it is one of Lucy Maud Montgomery's short stories, and can most likely be found in one of her short story collections, which would be a better value. Christmas at Red Butte is about an orphaned girl, Theodora, who sacrifices her one family memento so her cousins can have Christmas. What will Christmas bring?
I particularly appreciated the tight plotting, in which Theodora is not only rewarded for her act of selflessness, she saves a life because of her decision to sacrifice her own cherished possession for the sake of the family. It’s nice to think the universe works like that, especially during the holiday season. And that’s quite a trick on Montgomery’s part.
Theodora knew the locket had cost a great deal more than that, but four dollars would get what she wanted, and she dared not ask for more. In a few minutes the locket was in Mr. Benson’s possession, and Theodora, with four crisp new bills in her purse, was hurrying to the toy store. Half an hour later she was on her way back to Red Butte, with as many parcels as she could carry—Jimmy’s skates, two lovely dolls for the twins, packages of nuts and candy, and a nice plump turkey. Theodora beguiled her lonely tramp by picturing the children’s joy in the morning.
The Christmas stories of the famous authors: Gilbert Keith Chesterton – A Christmas Carol, Lucy Maud Montgomery – A Christmas Inspiration, A Christmas Mistake, Christmas at Red Butte, Lyman Frank Baum -A Kidnapped Santa Claus, Mark Twain – A Letter from Santa Claus, Louisa May Alcott – A Merry Christmas, Leo Tolstoy – A Russian Christmas Party, Henry Wadsworth Longfellow – Christmas Bells, Nikolai Gogol – Christmas Eve, William Dean Howells – Christmas Everyday, Joseph Rudyard Kipling – Christmas in India, Lyman Frank Baum – Little Bun Rabbit, Elizabeth Harrison – Little Gretchen and the Wooden Shoe, John Milton – On the Morning of Christ’s Nativity, Charles Dickens – The Chimes, Nathaniel Hawthorne -The Christmas Banquet, Hans Christian Andersen – The Fir Tree, Selma Lagerlöf – The Holy Night, Hans Christian Andersen – The Little Match Girl, Clement Moore – The Night Before Christmas, Henry van Dyke – The Other Wise Man, William Dean Howells – The Pony Engine and the Pacific Express, Beatrix Potter – The Tailor of Gloucester, Henry Wadsworth Longfellow – The Three Kings, Anton Chehov – Vanka.