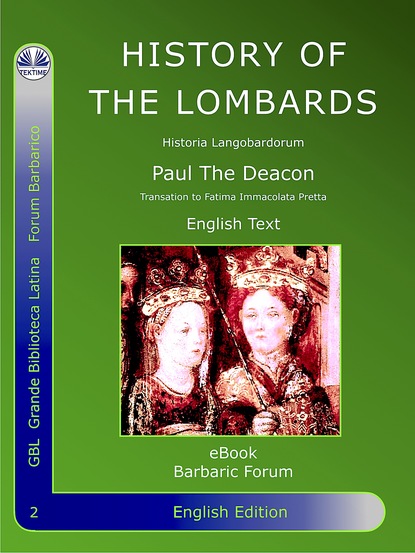 History Of The Lombards

A historical book, written in Latin by Paolo Diacono in the eighth century after Christ, tells the story of the Lombard people who left Scandinavia to reach Italy and reign there for over two centuries. Today, Milan is the capital of that region which bears the name of Lombardy, the land of the Lombards. The story is interesting even if the conquest Franca takes away the taste of the happy ending. On TV and fantasy there are stories that seem drawn from the events of this people, the life of Grimoaldo, King of the Lombards is worth a novel on its own It starts with the departure from Scandinavia and the legend of the name. Then follows a story of the long march towards Italy. A brief digression on San Benedetto with two unimportant poems, then the arrival of Italy, the description of the peninsula, Alboino, his exploits, Rosmunda and Elmiche who kill Alboino. The ten years of anarchy of the dukes, Autari and Teodolinda Catholic princess of the Bavari, Astolfo, second husband of Teodolinda, Rotari the King of the Edict and the first body of Lombard laws, after Roman law a first example of organic legislation, very important for the future history of legal law. This is followed by Grimoaldo's extraordinary adventure with the escape from captivity, intrigue, the Duchy of Bemevento and the conquest of the throne. Then Grimoaldosc defeats Franks and Byzantines, deceives the Avars .... Then go from king to king until the other human event, that of Liutprando and his family. A compelling and evocative story useful to understand today's Italian divided between north and south.