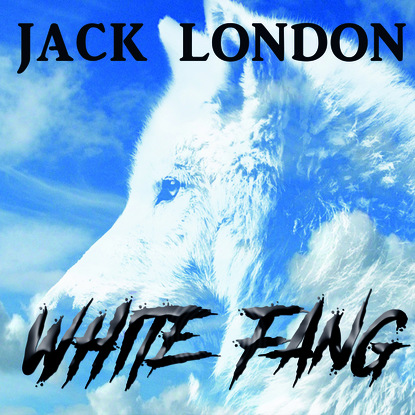 White Fang is a novel by American author Jack London (1876–1916) – and the name of the book's eponymous character, a wild wolfdog. First serialized in Outing magazine, it was published in 1906. The story details White Fang's journey to domestication in Yukon Territory and the Northwest Territories during the 1890s Klondike Gold Rush. It is a companion novel (and a thematic mirror) to London's best-known work, The Call of the Wild, which is about a kidnapped, domesticated dog embracing his wild ancestry to survive and thrive in the wild.
Much of White Fang is written from the viewpoint of the titular canine character, enabling London to explore how animals view their world and how they view humans. White Fang examines the violent world of wild animals and the equally violent world of humans. The book also explores complex themes including morality and redemption.
As early as 1925, the story was adapted to film, and it has since seen several more cinematic adaptations.
The story begins before the wolf-dog hybrid is born, with two men and their sled dog team on a journey to deliver the coffin of Lord Alfred to a remote town named Fort McGurry in the higher area of the Yukon Territory. The men, Bill and Henry, are stalked by a large pack of starving wolves over the course of several days. Finally, after all of their dogs and Bill have been eaten, four more teams find Henry trying to escape from the wolves; the wolf pack scatters when they hear the large group of people coming…
Famous works of the author Jack London: «„The Cruise of the Dazzler“», «„A Daughter of the Snows“», «„The Call of the Wild“», «„The Kempton-Wace Letters“», «„The Sea-Wolf“», «„The Game“», «„White Fang“», «„The Iron Heel“», «„Martin Eden“», «„Burning Daylight“», «„A Son of the Sun“», «„The Abysmal Brute“», «„The Valley of the Moon“», «„The Mutiny of the Elsinore“», «„The Star Rover“», «„The Little Lady of the Big House“» and many more.