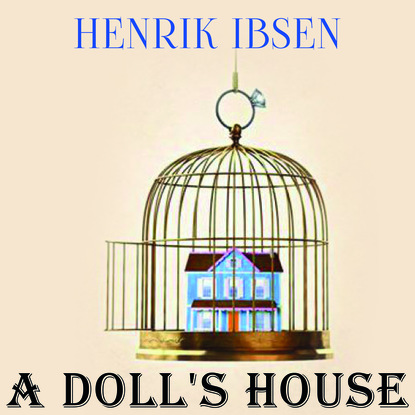 A Doll's House is a three-act play written by Norway's Henrik Ibsen. It premiered at the Royal Theatre in Copenhagen, Denmark, on 21 December 1879, having been published earlier that month. The play is set in a Norwegian town circa 1879.
The play is significant for the way it deals with the fate of a married woman, who at the time in Norway lacked reasonable opportunities for self-fulfillment in a male-dominated world, despite the fact that Ibsen denies it was his intent to write a feminist play. It aroused a great sensation at the time, and caused a «„storm of outraged controversy“» that went beyond the theatre to the world newspapers and society.
In 2006, the centennial of Ibsen's death, A Doll's House held the distinction of being the world's most performed play that year. UNESCO has inscribed Ibsen's autographed manuscripts of A Doll's House on the Memory of the World Register in 2001, in recognition of their historical value.
Famous works of the author Henrik Ibsen: Peer Gynt, A Doll's House,
Ghosts, An Enemy of the People, The Wild Duck, Hedda Gabler.