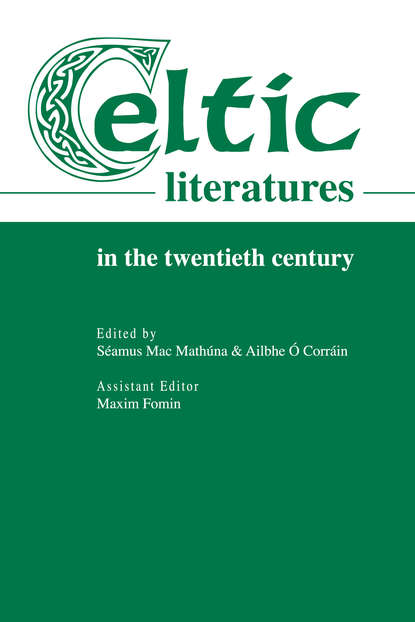 Celtic Literatures in the Twentieth Century

«The Centre for Irish and Celtic Studies at the University of Ulster hosted at Coleraine, between the 24th and 26th August 2000, a very successful and informative conference on ‘Celtic Literatures in the Twentieth Century’. The lectures and the discussions were of a high standard, and it was the intention of the organisers to edit and publish the proceedings as soon as possible thereafter. Unfortunately, due to dif culties in assembling some of the papers, this was not possible and, consequently, publication has been delayed much longer than was originally anticipated. Despite this delay, we feel that those papers which we have received merit publication at this time, not only because of their intrinsicmerits, but also because they represent the views of the authors on their respective topics at the turn of the twenty rst century and will hopefully be of value to those interested in the state of the modern Celtic literatures.»