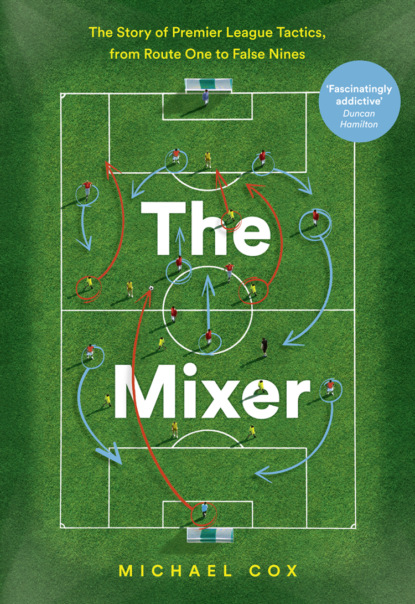 The Mixer: The Story of Premier League Tactics, from Route One to False Nines

An absolutely essential book for every modern football fan, about the development of Premier League tactics, published to coincide with 25 years of the competition.Back in 1992, English football was stuck in the dark ages, emerging from a five-year ban from European competition. The game was physical, bruising and attritional, based on strength over speed, aggression over finesse. It was the era of the midfield general, reducers, big men up front and getting it in the mixer; 4-4-2 was the order of the day. Few teams experimented tactically.And then, almost overnight, it all changed. The creation of the Premier League coincided with one of the most seismic rule changes in football history: the abolition of the back-pass. Suddenly defenders had no-get-out-of-jail-free card, goalkeepers had to be able to field and play the ball and the pace of the game quickened immeasurably. Tactics evolved dramatically, helped by an increased foreign influence.The Mixer is the first book to delve deep into the tactical story of the Premier League, and take a long view of how the game has developed over the last quarter century. From Ferguson’s directness to Keegan’s relentlessly attacking Newcastle outfit, to Mourinho’s cagey, reactive Chelsea, all the way to Ranieri’s counter-attacking champions, The Mixer is one of the most entertaining, rich and knowledgeable football books ever written.