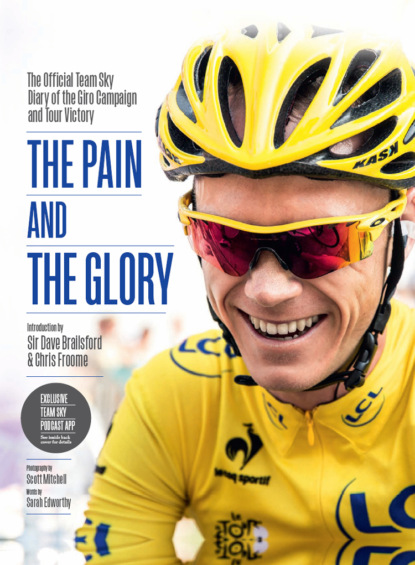 The Pain and the Glory: The Official Team Sky Diary of the Giro Campaign and Tour Victory

A glorious, fully illustrated insider account from Team Sky of the greatest summer in British road cycling history, as team-mates Sir Bradley Wiggins and Chris Froome go head-to-head in the quest for gloryThe summer of 2013 will be the most significant moment yet in Team Sky’s short but wildly successful history and a landmark in the story of British cycling. After their glorious success in last year’s Tour de France, where Sir Bradley Wiggins reigned supreme and the team romped to glory, all eyes are on Team Sky as they vie to cement their position as the greatest force in road cycling.The Team Sky Diary of the Giro and Tour once more brings together first-hand accounts from team members including Wiggins, Froome, as well as the masterful Team Principle, Dave Brailsford, with the sumptuous award-winning photography of Scott Mitchell.As Wiggins and Froome lock horns, and the Team turn their formidable focus to the historic task of dominating both races, this is an essential book for all cycling fans.