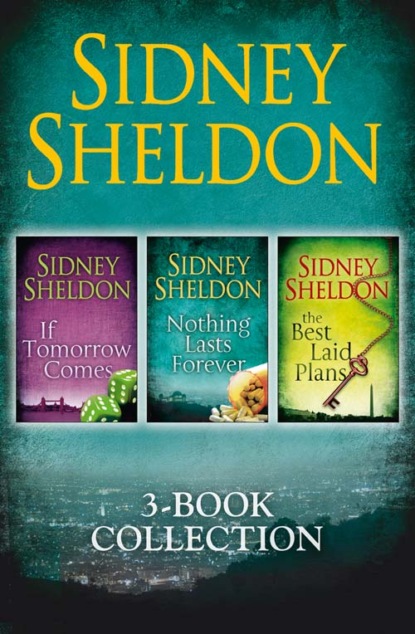 The master storyteller’s legacy continues…
Glamour and suspense in the bestselling Sidney Sheldon novels from the international superstar Tilly Bagshawe.
If Tomorrow Comes
Tracy Whitey is on top of the world. Young, beautiful, intelligent, she is about to marry into wealth and glamour until, betrayed by her own innocence, she finds herself in prison, framed by a ruthless mafia gang and abandoned by the man she loves. Beaten and broken, but surviving with her dazzling ingenuity, Tracy emerges from her savage ordeal determined to avenge those who have destroyed her life.


Nothing Lasts Forever
Dr.Paige Taylor: She swore it was euthanasia, but when Paige inherited a million dollars from a patient, the D.A. called it murder.
Dr. Kat Hunter: She vowed never to let another man too close again-until she accepted the challenge of a deadly bet.
Dr. Honey Taft:To make it in medicine, she knew she'd need something more than the brains God gave her. Racing from the life-and-death decisions of a big major hospital to the tension-packed fireworks of a murder trial, Nothing Lasts Forever lays bare the ambitions and fears of healers and killers, lovers and betrayers.


The Best Laid Plans:
The explosive story of the beautiful and ambitious Leslie Stewart, who learns that for some men power is the greatest aphrodisiac; and of Oliver Russell, the handsome governor of a small southern state, who finds out why hell has no fury like a woman scorned.
They both should have known that even the best laid plans can go dangerously astrayin a deadly dangerous way.