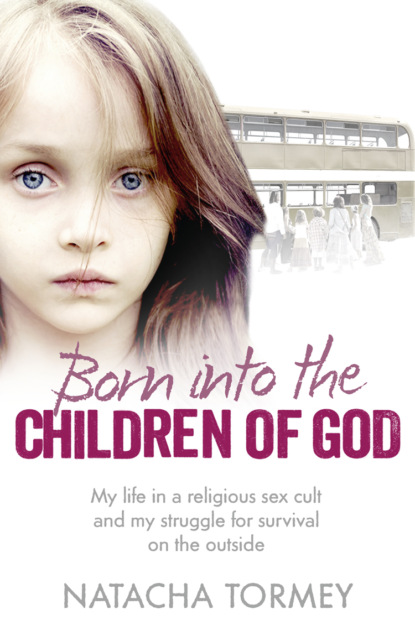 Born into the Children of God: My life in a religious sex cult and my struggle for survival on the outside

Natacha Tormey was born into the infamous religious cult known as The Children of God. Abused, exploited, and brainwashed by ‘The Family’, Natacha’s childhood was stolen.Born to French hippy parents attracted to the religious movement by the unusual mix of evangelical Christianity, free love and rejection of the mainstream, from an early age Natacha was brainwashed to believe she had a special destiny – that she was part of an elite children’s army bestowed with superpowers that would one day save the world from the Anti-Christ.Torn away from their parents, Natacha and her siblings were beaten on a daily basis and forced to sing and dance for entertainment in prisons and malls. Natacha never expected to live to adulthood.At the age of 18 Natacha escaped, but quickly found herself hurtling through a world she had no understanding of. Alone, and grappling to come to terms with an unbelievable sense of betrayal, she was stuck in a kind of limbo – confused and unable to feel part of either way of life.Natacha is one of the lucky ones; not all of her family survived the battle to shed the shame and pain of their past. To date over 40 ex-Children of God members of Natacha’s generation have committed suicide.All Natacha ever wanted was to feel normal, but escaping the cult was only the beginning. Shocking, moving, but ultimately inspiring, this is Natacha’s full story; it is both a personal tale of trauma and recovery, and an exposé of the secret world of abuse hidden behind commune walls.

﻿
Отзывы о книге Born into the Children of God: My life in a religious sex cult and my struggle for survival on the outside
Нет отзывов
Добавить отзыв