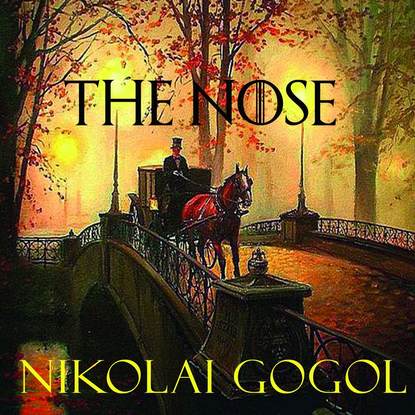 "The Nose" is a satirical short story by Nikolai Gogol written during his time living in St. Petersburg. During this time, Gogol's works were primarily focused on surrealism and the grotesque, with a romantic twist. Written between 1835 and 1836, «The Nose» tells the story of a St. Petersburg official whose nose leaves his face and develops a life of its own. «The Nose» was originally published in The Contemporary, a literary journal owned by Alexander Pushkin. The use of a nose as the main source of conflict in the story could have been due to Gogol's own experience with an oddly shaped nose, which was often the subject of self-deprecating jokes in letters. The use of iconic landmarks in the story, as well as the sheer absurdity of the story, has made «The Nose» an important part of St. Petersburg's literary tradition.
"The Nose" is divided into three parts and tells the story of Collegiate Assessor ('Major') Kovalyov, who wakes up one morning without his nose. He later finds out that his nose has developed a life of its own, and has apparently surpassed him by attaining the rank of State Councillor. The short story showcases the obsession with social rank that plagued Russia after Peter the Great introduced the Table of Ranks. By allowing commoners to gain hereditary nobility through service to the state, a huge population was given the chance to move up in social status. This opportunity, however, also gave way to large bureaucracies, in which many of Gogol's characters worked.
The most famous and inspirational works of Nikolai Gogol include The Mantle, Evenings at the Farm, St Petersburg Stories, Taras Bulba, a tale of the Cossacks, The Revizor, The Viy, The Nose, A May Night, Memoirs of a Madman and many more.